I love Parsons and he is an amazing player, but his postgame twitter war with fans and Leonard Fournette and now this are not a good look. (on another note, he should have probably not agreed to do this to begin with)

Didn't like his little dance after the first sack, either. He's gone Hollywood. Like Dak, I don't want to see him in any national commercials. Win something of consequence first. 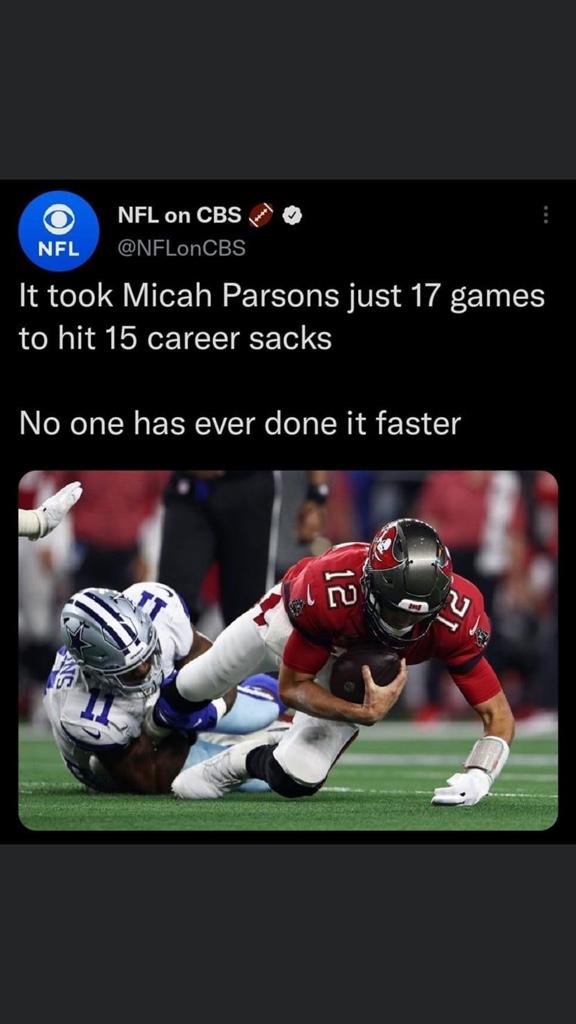 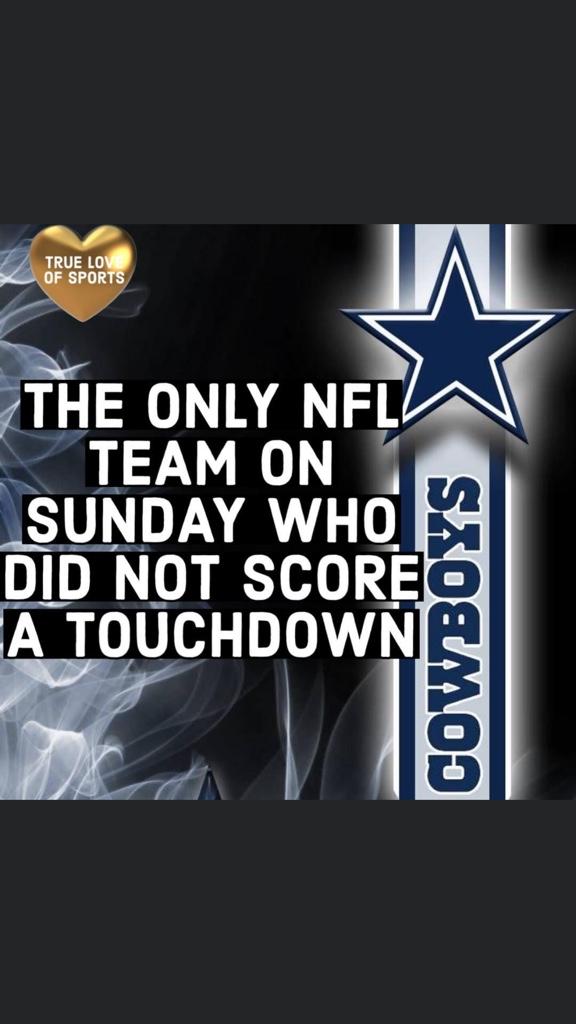 There he goes selling hope and blowing sunshine up all our asses in the middle of a shitstorm! 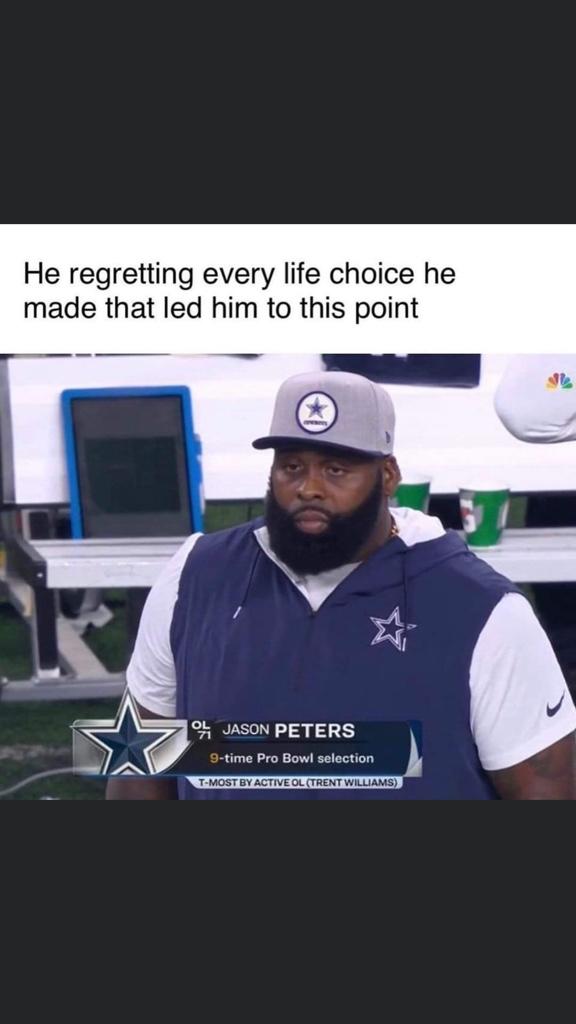 He isn't selling much hope with rushing back a QB that we all saw stink up the joint Sunday night.

He'd have given fans more hope by announcing Prescott was done for the year. 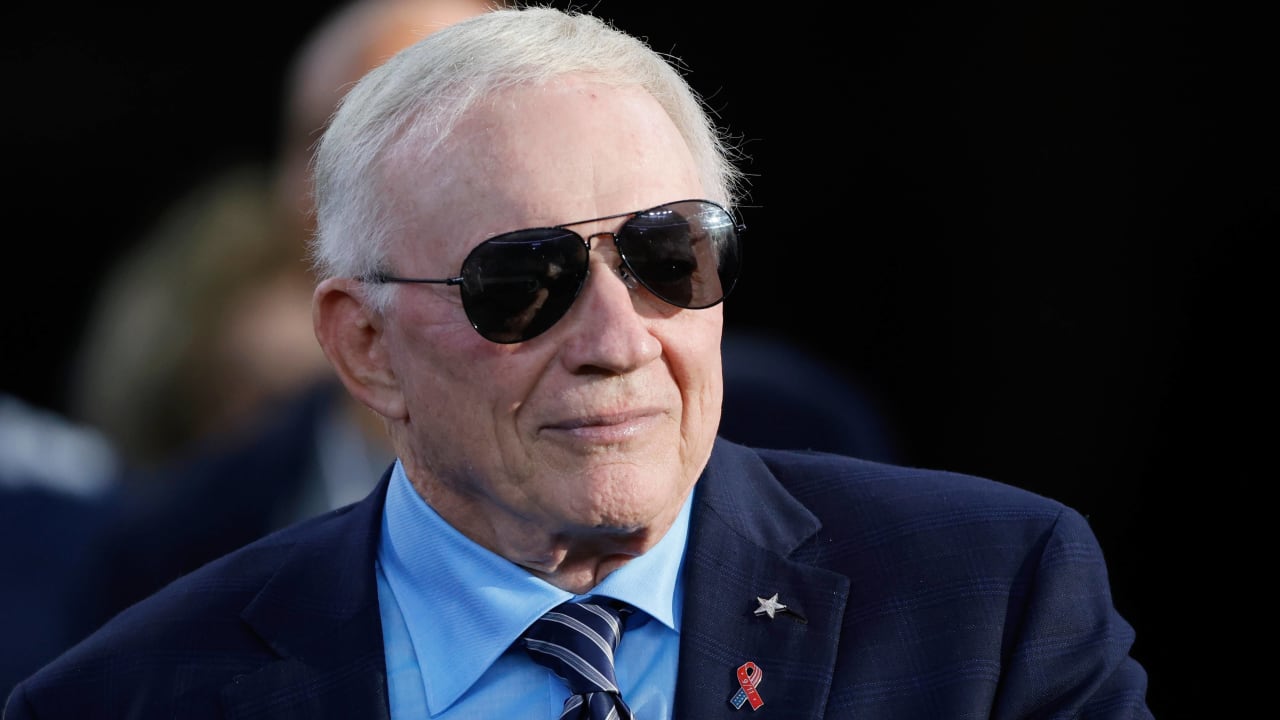 Cowboys owner Jerry Jones isn't so quick to declare the season a failure. He was asked Tuesday on the Shan and RJ show on 105.3 The Fan about his message to fans who say the season is already over. 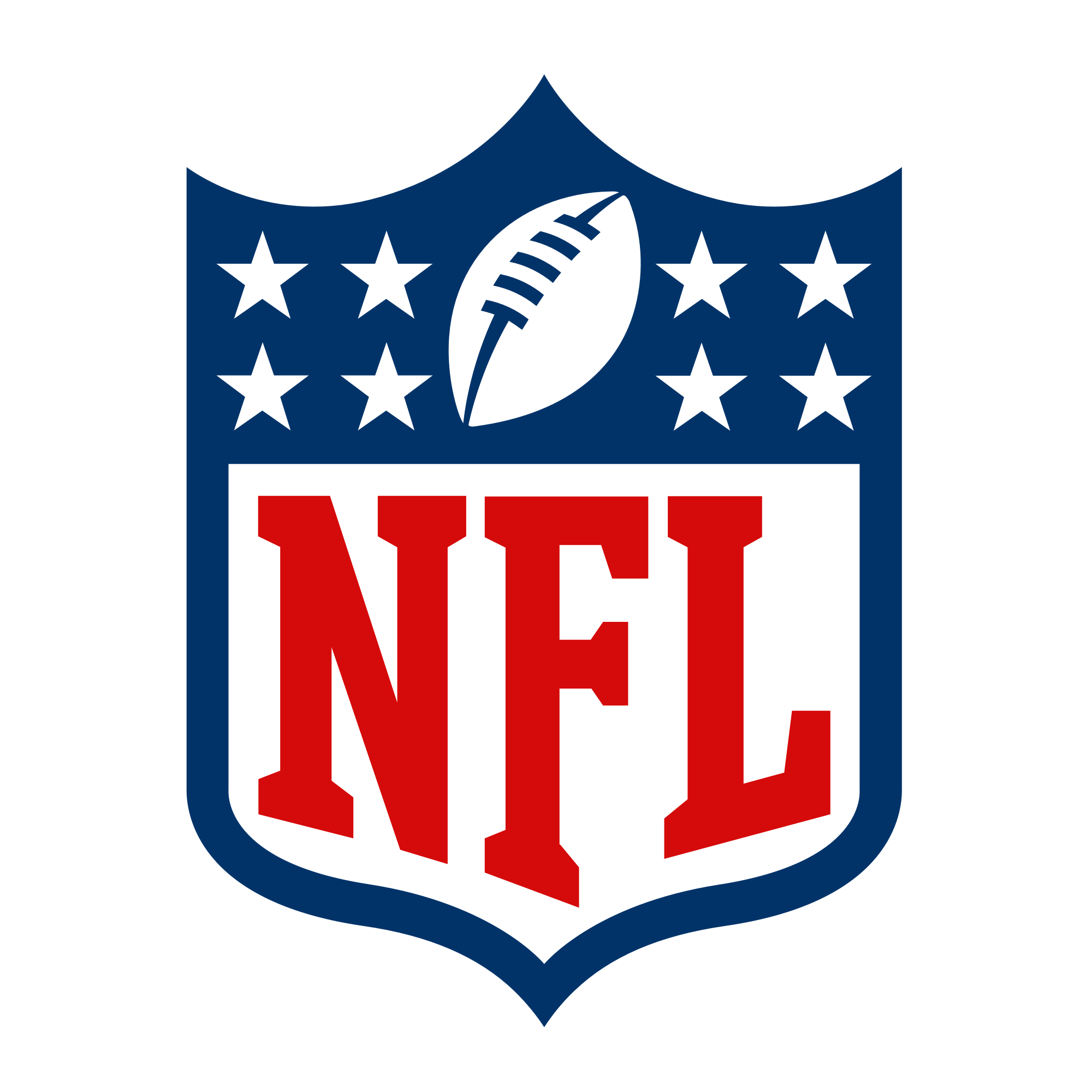 Kevin Patra
Around the NFL Writer

Dallas Cowboys fans are already in the dumps after a Week 1 loss, which included a thumb injury to Dak Prescott that will force the quarterback to the sideline for at least the next several weeks.

Adding to Dallas's depression was that the Cowboys didn't look good before Prescott got hurt, with the offense unable to generate anything against the Buccaneers.

Owner Jerry Jones isn't so quick to declare the season a failure. He was asked Tuesday on the Shan and RJ show on 105.3 The Fan about his message to fans who say the season is already over.

"One of the things that has stood me about football, and I'm comparing to the things that we all do every day away from the football is that it can be looking very dark, dark for you and then it can reverse on you in an instant," Jones said, via the Dallas Morning News. "It can go positive in an instant after you've got -- we've got a lot of football.

We've got a lot of really top football players. And we got an outstanding group that's coaching them up in my view. ... You can think negatively and everybody does and that's normal. But, boy, we got a lot of positive things we can do. I have seen it just hopeless and walk out there and David slay the giant. I've seen it done."

The Cowboys playing the role of David in this Goliath comparison is a new one for the club dubbed "America's Team."
Jones, who noted the team wouldn't put Prescott on injured reserve, giving him a chance to come back inside of four weeks despite undergoing surgery, believes that if the Cowboys can hold down the fort until the starting QB returns, the season can be salvaged.

"At the same time, we buy us a little time here, catch it up a little bit and get Dak back out there," Jones said. "He's very capable of coming past this injury and having a great season, a great season -- I emphasize that. And that's not selling. That's just if he didn't have it, if we didn't have it, it would be different. But we do, and, so, let's hold what we've got, get this plane kind of landed. Right now, let's patch up the holes and let's come back at it."

The issue for the Cowboys is that there were a lot of holes to patch before Prescott went down -- from the receiving corps to the offensive line. Now they're playing with a backup at the most important position in sports, with a matchup against the reigning AFC champions on tap Sunday.

Jones' early season optimism in the face of potential disaster puts added pressure on Mike McCarthy to stack W's sans his starting quarterback; otherwise, the blame will fall directly on the head coach.

Trey Hendrickson will be a great barometer for where Tyler Smith is this weekend. He had 13.5 and 14 sacks in last two seasons.

But great debut vs Tampa for sure.

Jerry doesn't really give a rats ass about winning on the field, he's more into selling himself and the Dallas Cowboys name to generate money and that it.

There he goes selling hope and blowing sunshine up all our asses in the middle of a shitstorm!
Keep reading...

Ever since the game got over, every time someone's talked about how long Dak will be out I've been flashing back to when Romo broke his collarbone. Timetable was 8-10 weeks. He came back at 8 and reinjured it right away, missing the rest of the season. Of all the moments in Cowboys history to try and recreate, that's sure a stupid ass one to shoot for...

According to BetOnline.ag, Roethlisberger could find himself in Dallas as their next quarterback to be signed. Currently, he sits at 50/1 odds to join the Cowboys this season.

A more realistic Steelers' quarterback to end up in Dallas is Mason Rudolph, who currently has 14/1 odds to join the Cowboys. As of now, there's no noise surrounding a possible trade for Pittsburgh

i would actually be happy with minshew , but the rest can fuck off

Doomsday said:
According to BetOnline.ag, Roethlisberger could find himself in Dallas as their next quarterback to be signed. Currently, he sits at 50/1 odds to join the Cowboys this season.

A more realistic Steelers' quarterback to end up in Dallas is Mason Rudolph, who currently has 14/1 odds to join the Cowboys. As of now, there's no noise surrounding a possible trade for Pittsburgh
Keep reading...

But Lamb also has to take care of what he can own, and that's catching the fucking ball when its thrown to him. The one he dropped wasn't a perfect pass, but he easily got both hands on it.