It looks like Malik Collins is also going to the Raiders 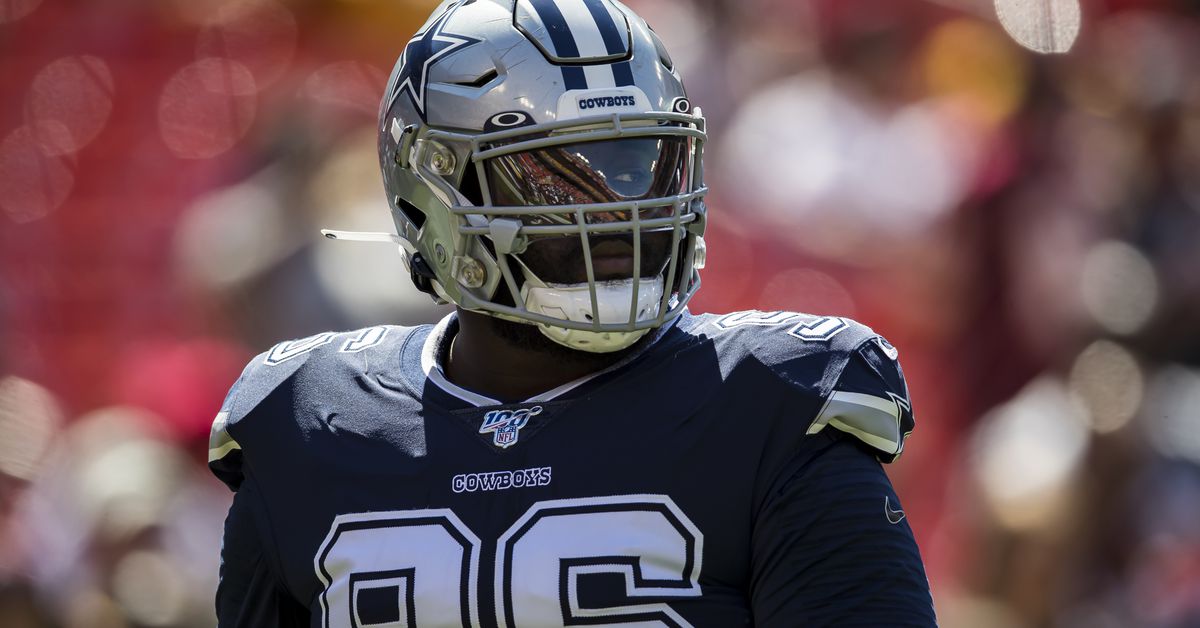 In regard to Quinn, the Cowboys Dumbo GM voided the last year of his contract which made him a free agent after the season. You will never win a championship without defense as proven by the 4 ex Cowboy defenders starting on the Super Bowl Champion Chiefs defense who the Cowboys dumbo GM let walk when he had his Pro Bowl QB and Pro Bowl RB on rookie contracts.

Cowboy fans must learn that Jerry Jones is not trying to win a Super Bowl but only keep the Cowboys relevant in media.

eromeopolk said:
In regard to Quinn, the Cowboys Dumbo GM voided the last year of his contract which made him a free agent after the season.
Click to expand...

Pretty sure that's wrong, he was on a 1-year deal. It was Michael Bennett Jerruh voided the last year on, intentionally allowing him to be a FA. In fact, Jerruh was hoping to re-sign Quinn.

“Well, he’s one of the top people — players and people — that I’ve been associated with,” Jones said at the combine in Indianapolis. “He’s the real deal. I’m real proud to have had the time we’ve had together, number 1. Number 2, he really helped us last year. And so, I’m hopeful that we can do something to keep him.”
Click to expand...

Damn that Marinelli for stealing all our super star talent!

So both Zeke and La’el restructured their contracts

Saw that the Shegals are not picking up Malcolm Jenkins' option for next year.
I've always liked his play and guy comes to play so would love to have him back there.
Not sure what our S situation is like at this point but hopefully with Heath leaving we can finally bring some real talent a the position (yes knowing full well that the Jones' do not value S as a premier position)

Thank God we still have Randy Gregory. Just think, the D line might hinge on a drug addict with a possible mental issue. Oh my, how the mighty have fallen.........

mike mccarthy has seen enough tape on brown, lenoir, and the other bums

did anybody read that sean lee broke into the star last night and stole $4.5 mil from the team ?


then i read that ppl think it may have been an inside job ?? and stevie willingly handed this money to sean lee ????

McCoy is on the wrong side of 30 but if he has anything left in the tank I don't mind. Would have preferred to keep Quinn at the right price. Draft is deep at WR, between that and the talent the will lose their roster spots to teams that draft WRs I am not concerned about losing Cobb. Doesn't seem like McCarthy wanted him that bad. Supposedly looking at Emanuel Sanders.

load up on that cheap labor baby !!!

Coach Marinelli goes on to say: "I called a brand new blitz package at practice. Sean knew he was supposed to get through the muck, shoot the gap, and get after the quarterback. Sean noticed the offense in a heavy personnel package and the hot route was uncovered. He changed his responsibilities to pickup the hot read. The pass came out under pressure, and Sean was right there. Bam! I was in awe not just because of the athleticism, but also the brainpower it took to make that play happen. Anyways, Sean went up and snagged the interception. But when he came down, his kneecaps exploded instantly. I only thought that happened in the movies."

He's got more left in the tank than Witten, and our depth at the position is terrible. Let's face it: we need him.
You must log in or register to reply here.