Pathetic it doesn‘t cross state lines, at least in some sort of fast track

yimyammer said:
Pathetic it doesn‘t cross state lines, at least in some sort of fast track

More Bullshit gov regulation over-reaching and it seems most in this country are begging for more
Click to expand...

I can get temporary permission to work a case across state lines as long as I check with the other states governing body.

We do it all the time when cases trickle over into Las Vegas.

The sad part is that as with most things, CA laws are typically much stricter than other states. So you would think that we would have more than 5 states with reciprocal licenses.

Oregon, Florida, Georgia, North Carolina, and Louisiana are the only stares with reciprocal licenses with CA.

Out of those states LA is the only one I’d seriously consider moving to. I looked at property the last time I visited New Orleans.

not for nothing scot: 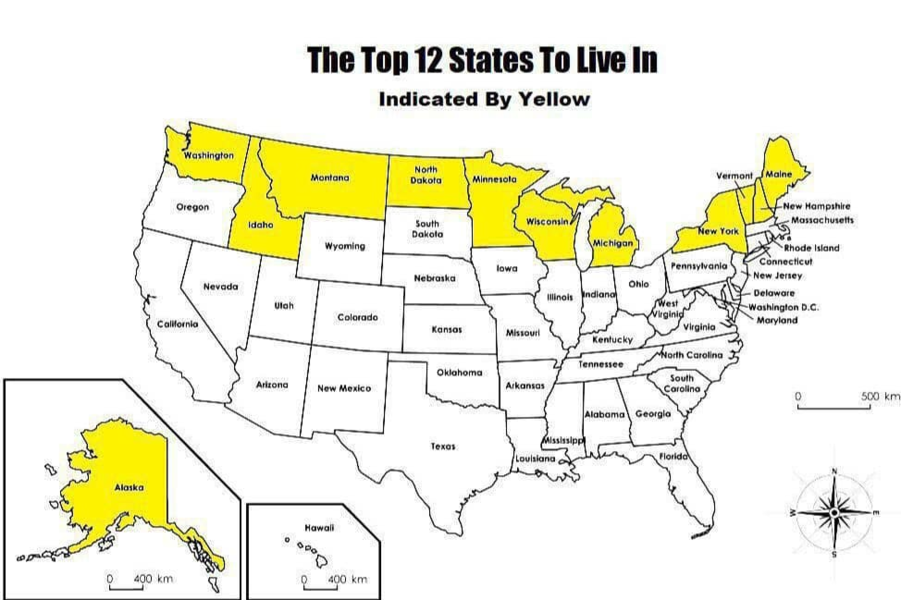 icup said:
not for nothing scot:

What parameters were they using to determine the best states to live in?

Scot said:
What parameters were they using to determine the best states to live in?
Click to expand...

I didn’t even get that

nothing gets by you, mr. private investigator

icup said:
nothing gets by you, mr. private investigator
Click to expand...

See? That never woulda got by Rockford. Magnum and his dumbass buddies, sure.

icup said:
nothing gets by you, mr. private investigator
Click to expand...

That one Internet King’d right by me

I have been saying for a while now to wait until this corona virus pandemic is over before judging how well or poorly anyone has done controlling it. People beat up on the US for its response, even though the initial estimate was 70% infected and as many as 2 million people dead. We are just over 10% of that. We are never going to reach 2 million.

But getting back to my point about waiting until it is over, yesterday France reported over 20,000 new infections. France's population is 20% of the US population so 20k new infections to them is like 100k new infections in the US. The highest daily new infection total in the US was 78,000. And in the US we have tested about twice the percentage of residents that France has. The fact is, France, the UK and Spain are all experiencing a second wave. In France this new wave is more than double the magnitude of their first wave. The 2nd wave in the UK is worse too. This is despite everything we know today that we did no know in March and April, despite masks and social distancing. This is how a virus operates. We have no idea how long this new wave will last in Europe or how far it will spread but this second wave appears to have started in early August so it has been building for 2 months and we do not know if it has peaked yet.

Wait until mid-2021 then look at how the world did fighting coronoa virus and I believe the picture will appear very different than it does today. 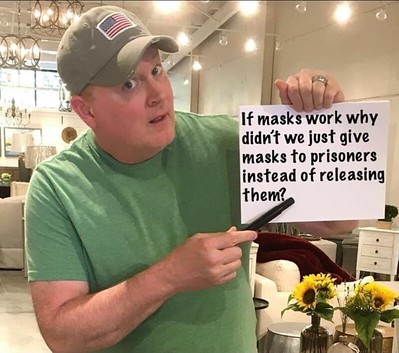 I'll top that one easily. 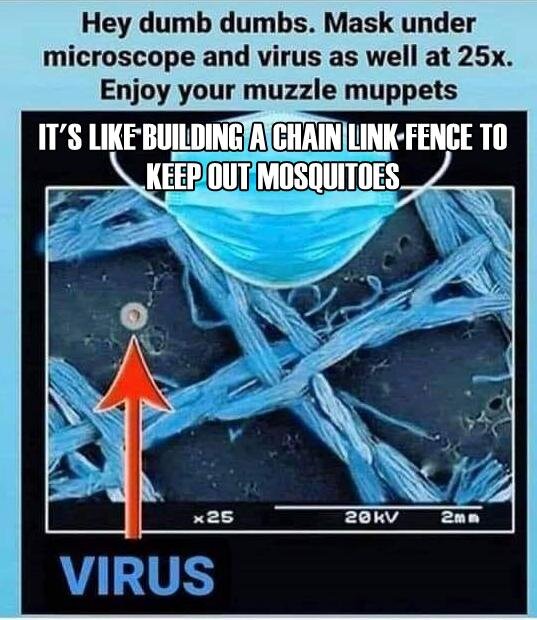 Think of a mask as a screen door. Think of a cough or sneeze as a garden hose pointed at the screen door. The streak of water is diffused and atomized reducing the penetration of the stream through the screen, but it whatever is on the other side of the screen door definitely gets wet. Masks do the same thing at the microscopic level. However, there is one difference. When you sneeze into a mask the pressure explodes inside the mask and forces the gases, droplets and virus particle out the sides top and bottom. Anyone close to you is saturated with your expelled fluids and gases. If you wear glasses, what happens when you put on a mask? Your glasses fog up, right? That's from your breath escaping out the top of your mask. Only a perfectly fit mask prevents that and no one is wearing a mask like that unless they are a professional healthcare worker.

Wearing a mask, social distance and wash your hands or the mask is useless. And also, you cannot spread the virus unless you are infected.

Researchers from Hong Kong have reported a novel antiviral strategy for treatment of Covid-19. They have found that a class of existing drugs, which are currently used in the treatment of other infectious diseases, can suppress replication of SARS-CoV-2 and relieve Covid-19 symptoms in an animal model.

Their findings are published in Nature Microbiology.

Generally, metal compounds are used as anti-microbial agents, but their antiviral activities have rarely been explored, the researchers said. Generally, metal compounds are used as anti-microbial agents, but their antiviral activities have rarely been explored, the researchers said.

Cup, this type of propaganda should not be allowed on Twitter and the science hasn't been verified. By posting, you're complicit in spreading false information. Please stay indoors, where a mask (always) and curl up in a fetal position and wait to die.

Dodger12 said:
Cup, this type of propaganda should not be allowed on Twitter and the science hasn't been verified. By posting, you're complicit in spreading false information. Please stay indoors, where a mask (always) and curl up in a fetal position and wait to die.
Click to expand...

dude where is this coming from .. its a kid in a science fair ... what about that video gave you that response ?
You must log in or register to reply here.
Top Bottom
We've logged