Who Here is Not Entirely Sold on Dak Prescott?

Dodger12 said:
9 and 8 and a playoff birth/loss? You're shooting for the stars I see Scott.
Keep reading...

It’s just a meme I found

I didn’t create it

I know what you guys are thinking.....Jimmy sounds an awful lot like Dodger....but I promise you guys I'm not Jimmy.

Dak's not the type of QB to carry a team but we paid him that type of money. And I'm a clone of Dak as well; good guy, great locker room guy, great leader, limited QB skills and arm talent. Now if I can only parlay that into 40 million a year like Dak.

But but but...Hos says you are Cabal

dbair1967 said:
Let everyone walk then. Lets go with a roster of rookies, street free agents and cast offs nobody else wanted from elsewhere.

While we are at it, lets stop scouting players for the draft too because if they are right and the player is good, we'll have to pay them and that's counter productive.
Keep reading...

you've finally figured it out, kudos!

There's a bigger issue here for me personally as a long time fan. I have no doubt Dak can keep things somewhat competitive and exciting which will keep the stadium full and bankroll growing. Check the box for goal #1 of the Jones Family.

As a fan, I'm on year 26 without an NFC Championship Game or a SB appearance. There's really no end in sight. I almost feel like I'm burning another 4 years because I don't feel Dak can carry this team to a SB. Could I be wrong and do I want to be wrong? Absolutely.

On top of Dak, Stephen and Jerry continue to show the fan base that they just can't build a team. Year, after year, after fucking year. I could live with Dak if the fake GM's could bring in some talent and build a team around Dak. Help the kid with a defense that doesn't allow teams to routinely convert 3rd and longs and move up and down the field at will. God I hate the Jones family.

Dodger12 said:
On top of Dak, Stephen and Jerry continue to show the fan base that they just can't build a team. Year, after year, after fucking year. I could live with Dak if the fake GM's could bring in some talent and build a team around Dak. Help the kid with a defense that doesn't allow teams to routinely convert 3rd and longs and move up and down the field at will. God I hate the Jones family.
Keep reading...

Defense isn't sexy. It's the killer of fun. It doesn't generate swag revenue. It doesn't drive TV ratings.The Joneses aren't really interested in winning football. They want to be Vince McMahon. They want to stress the entertainment aspect and rake in the dough from dullards. 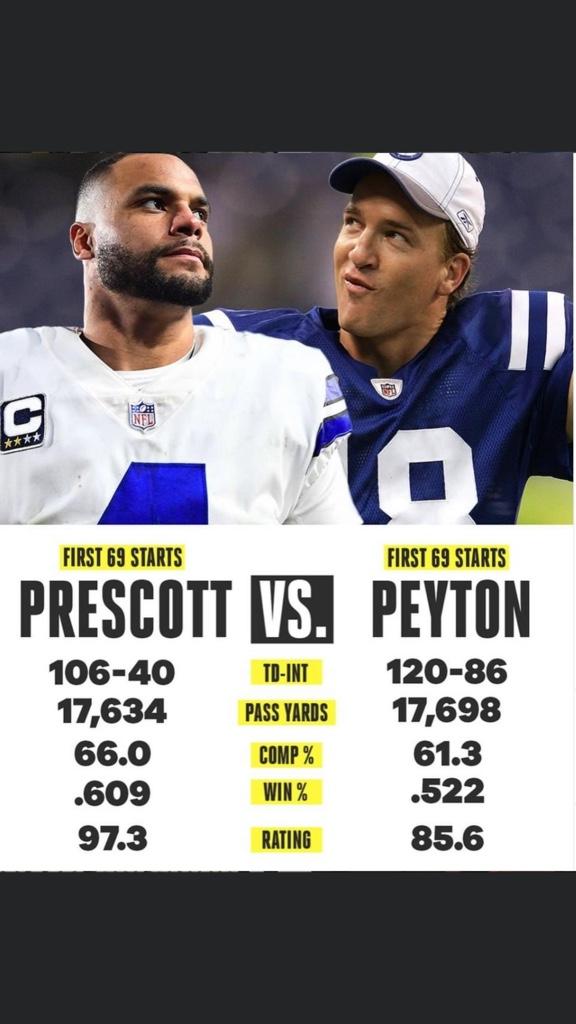 yimyammer said:
what does this mean? Are they saying thats the cap hit in year 1?
Keep reading...

No b/c the signing gets spread out over the length of the contract and from what I've its a 6yr deal with the klast 2yrs voidable but allows a bigger stretch of the signing bonus so if what I read is right only $11M of the signing bonus counts towards this year's cap and he gets $9M in salary...if its the 4yr deal than $15+M towards the cap from the bonus...its the following years of the deal that are going to haunt this team for years to come

dbair1967 said:
Yeah people see the per yr thing and go nuts, but the cap charge this year is a bargain for us.

It's probably a deal that will get restructured numerous times over the life of the contract.
Keep reading...

Year 1 helps us out but not so much afterwards and not sure the cap goes up enough during the life the contract for anyone to say well shit $40M is nothing compared to the cap...
Dak did well for himself and the Jones boys continue to chase the ghosts of the past...

Inside the Dak Prescott contract

Getty Images Dak Prescott‘s contract easily can be called the best contract ever signed (once it’s officially signed) by any player in league history. The relatively straightforward details of the contract are set forth below (per a source with knowledge of the contract), followed by some...

Plus he got a no trade and no tag clause...

Can we NOT do this please...its just fucken' silly
I"m sure you could also bust out Brady's first year numbers and Dak would blow those out of the water but lets let the man win, oh I don't know, more than 1 playoff game and maybe a Super Bowl and maybe, only maybe then can we start posting shit like this 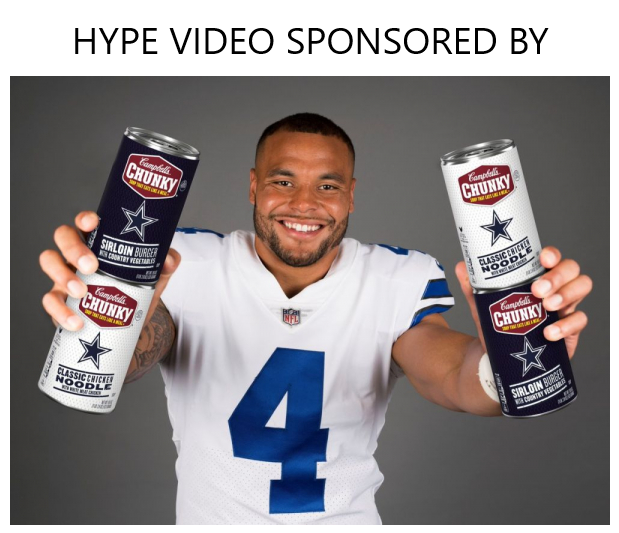 Things could be worse

The Eagles are paying Carson Wentz over $30mil....

To play for the Colts!

So anyone still think Dak “ain’t our guy”?

Dak was sacked too many times by a below average team last night. This does not bode well for Dak staying healthy. And without Dak... we are Fucked!!

touchdown said:
Dak was sacked too many times by a below average team last night. This does not bode well for Dak staying healthy. And without Dak... we are Fucked!!
Keep reading...

Biadisz had a number of really ugly plays and Connor Williams had some struggles as well (3 holding calls, although 1 was complete BS) but the Eagles do have two outstanding DT's and not many teams have 2 guys like that.

Hopefully they can clean some of it up.

The left side of the line (save for Tyron) is definitely a problem, and Dak is a spaz with the fumbles. Also needs to stop checking out of plays all the time.

Dak's our guy the minute he signed on the dotted line. Having said that, he's been playing great and both the offense and the defense are clicking pretty well. Dak's moving the chains and making some great throws. I actually thought one of his best throws was the one dropped by the TE down the middle early in the game; a rope right between the numbers.

The way the team is playing is making watching football fun again.
You must log in or register to reply here.
Top Bottom
We've logged