everyone is hoping to find proof of what dooms had alluded to (trojan horse). theres no doubt in my mind that ernie adams or an extension of him, discussed how this whole thing would go down. set up the camera pointed this way. then you leave, go to the bathroom, whatever. return to the unattended camera and get out of there. if you get caught, play dumb and deny deny deny.

now this cameraman will probably get a severance package and put into the patriots witness protection program like matt walsh, the deflater, dorito dink, and all the other characters from their various cheating adventures...

the only sideshow thats still around is walt anderson, the ref who called the tuck rule. and he's the same asshole ref who was going to bypass common sense and let the rams receive the football at the start of both halves yesterday

So how many drafts picks did they lose this time?

That would be zero

Scot said:
So how many drafts picks did they lose this time?

Investigation is just starting, according to what I heard on NFL Live today. Pats turning over all emails and devices for inspection.

Scot said:
So how many drafts picks did they lose this time?

From some in the media covering it, it sounds like they could definitely be losing some draft picks. I think it was Peter King who suggested they might lose at least their #1 pick. 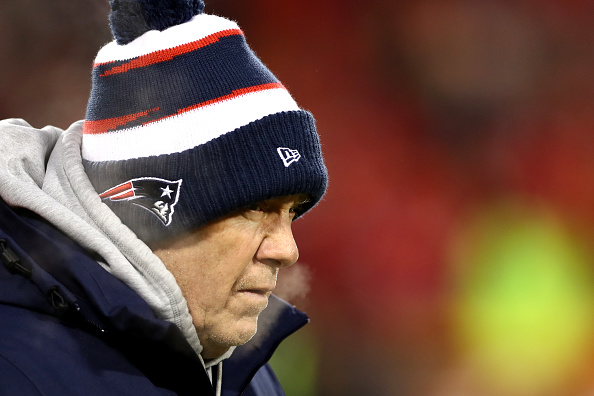 Patriots are expected to be disciplined for acknowledged gameday video violations in Cincinnati, per league sources. Discipline likely to come in the next two weeks, but not all security reports back to NFL yet.

I’ll believe it when I see it

Hopefully they take their 1st round pick so they can’t use it to replace Brady
You must log in or register to reply here.
Top Bottom
We've logged