Bye Week is here. Cowboys are 6-2. I would have never guessed that would be the case, especially after the way Week 1 went. A few thoughts I have on the season to date...
Positives: I can't start this line of thought without going right to the defense. This may be the best this group has been in all my years as a Cowboys fan. Aside from D-Law's one big game the defensive line hasn't been spectacular but they've been solid throughout, never really a bad game. Sam Williams has been a very good addition as a rookie. Names like Dorance Armstrong and Donovan Wilson have stepped up and contributed big moments. And Micah Parsons, oh Micah Parsons. Man among boys, supernatural being amongst mere mortals. Even being held 3 out of 4 plays there's very little anyone can do to slow, much less stop him.
Tony Pollard has taken every opportunity given to him and ran with it (pun mostly intended). I'm curious to see exactly where this goes, if they stick with a 50/50 split as claimed or if Pollard is able to pull ahead of Zeke.
I never thought I'd say it, but I've got to give a slight nod to Kellen Moore here, in that one thing I think Cooper Rush did for him was getting him to actually stay within his own game plan. Even in a loss, the Philly game impressed me how they actually stuck to the game plan in the second half instead of slinging the ball downfield every play. Now that Dak's back, whether they can do that again the next time they fall down will be the test whether or not he's truly grown as a coach.
Negatives: I'm still nervous when the game's in Dak's hands. His talent's never been a question, but his decision making has never stopped being one. I don't care what's being said, Lamb, Gallup, Schultz, definately a group of receivers that an elite quarterback should be able to do work with. Add Pollard to that list as well, he could catch 3-5 balls a game easily.
The one thing that's been a question regading the defense is the lack of turnovers. I don't know if it's a regression per se, or if we just got spoiled by Diggs and Co. last year, but it is the one thing that if they can up that number this group can break through every ceiling left.
No game to preview today, so I just thought I'd kick this off with a few of Maveric's ramblin' Musings. Enough of the babble, back to your previously scheduled thread.

For those who don't have a prime account, you can watch the game here.

I admittedly don't know what the hell I'm talking about but I'm not buying the Eagles. I feel like they'll get the bye and get knocked out in the 1st round

Houston had a problem, but NOT in Philly World Series.

These Egals have the easiest schedule. Had Dak played, they'd have a loss, no doubt. Sadly, Rush decided to end his lightening in Philly w/the 3 picks.

Remember the Steelers a few years back winning 10 straight w/an easy schedule? They lost the 1st round in the playoffs. I loathe the Egals, hopefully the same will happen to them. Their franchise just set a record w/those 8 straight wins.


yimyammer said:
I admittedly don't know what the hell I'm talking about but I'm not buying the Eagles. I feel like they'll get the bye and get knocked out in the 1st round
Keep reading...

yimyammer said:
I admittedly don't know what the hell I'm talking about but I'm not buying the Eagles. I feel like they'll get the bye and get knocked out in the 1st round
Keep reading...

Their offense is pretty gimmicky and their defense has as much a problem (if not actually worse) stopping the run as we do.

In fact every team in the NFC East has a problem stopping the run. Washington is the "best" and they give up 120+ yds per game and 4.6 yds per carry. Philly is next at 121 but give up a whopping 5.2 yds per carry (near the bottom of the league). Dallas and the NYG give up almost the exact same yds per game (137) but the Giants are next to last in the league giving up 5.5 yds per carry. We rank just below Washington at 4.7

I haven't studied the other teams stats that much but I do know with us some of those yds and chunk plays were QB scrambles or designed runs. Burrow got nearly 30 yds on us, Jones got 79 on us, Hurts got nearly 30 on us and Fields got 60 on us.

yimyammer said:
I admittedly don't know what the hell I'm talking about but I'm not buying the Eagles. I feel like they'll get the bye and get knocked out in the 1st round
Keep reading...

Lol. Come on Clarence. There isn a single soul that cares about YOUR opinion. Including Tuna! 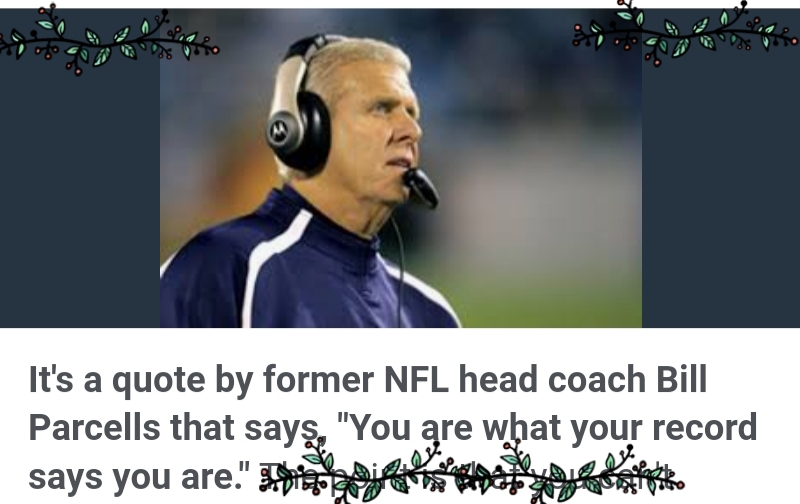 Lol. "Awarded"? Hill was a bust from the get go. 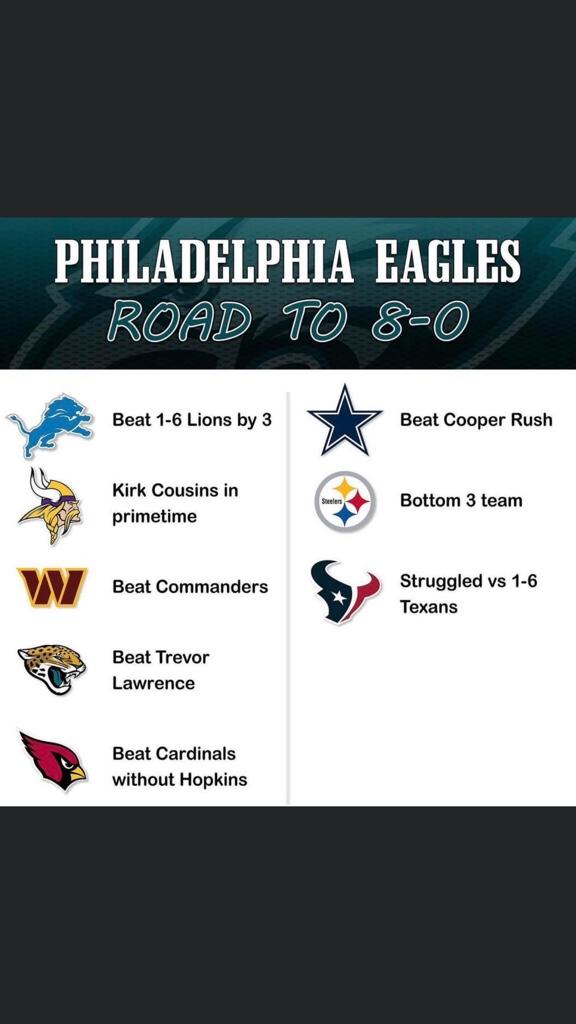 I find it interesting that whenever the talking heads mention us, they are quick to mention our "easy schedule"

However the Giants, Eagles and Redskins have the EXACT SAME schedule we do with the exception of 3 games and our 3 were the Bengals, Rams and Bucs. Two super bowl teams and a super bowl champ from 2 yrs ago that was in the playoffs again last yr.

Nobody will ever catch Emmitt

In this day and age the RB position isn’t valued like it was back then. Plus these pansy ass pussies don’t have the stamina to last long enough to rack up enough yards. The only one that stood even the smallest chance was Frank Gore at 16k. Now that he is retired Emmitt’s record will remain untouched for all time!