Whatever.... XFL wont last... Just like other football leagues... NFL is always the king.

If they up the T&A and wow factor a little more this time who knows. They may last a couple years more than before

The XFL just announced that their average player salary will be $55,000

As with everything else in life, you get what you pay for

so theyre basically the tennessee titans

This is how low the Cowboys are right now. 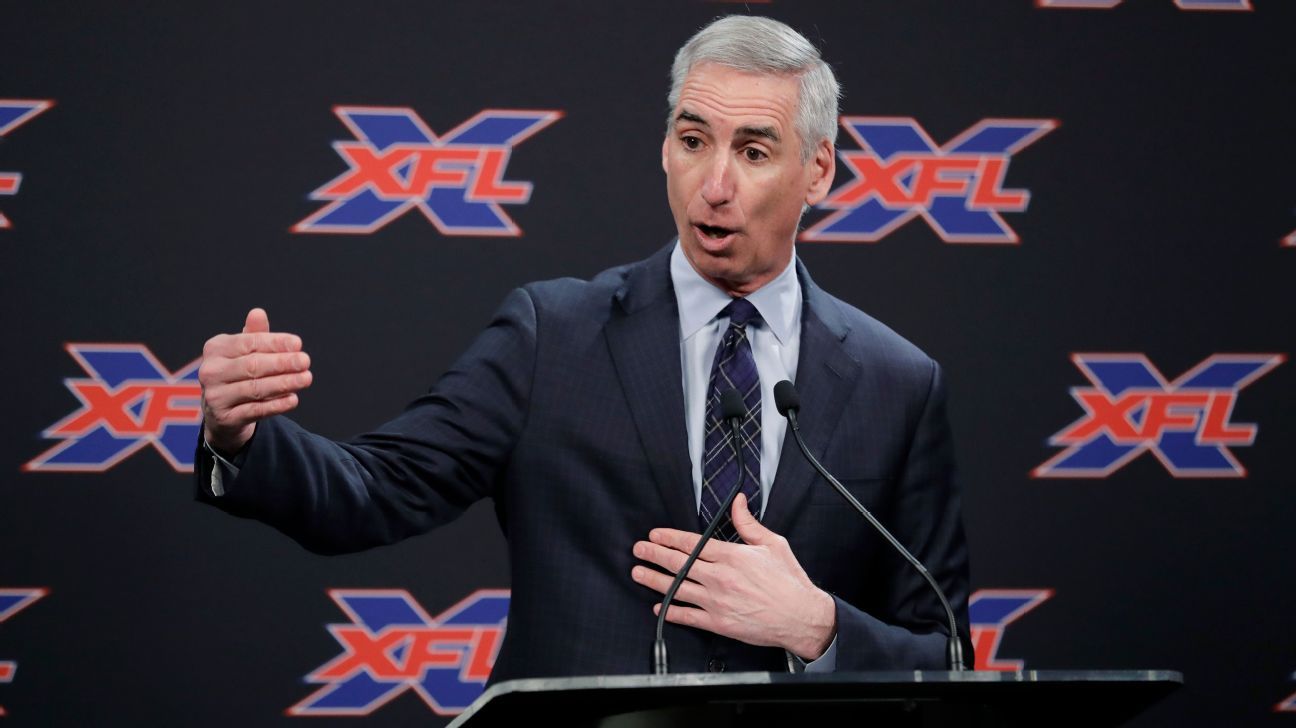 The XFL's official rulebook includes more than two dozen changes to the conventional approach of pro football, according to league officials who are rolling out the specifics this week.

Most of the tweaks, such as a running game clock and a three-tiered extra point, are focused on accelerating the pace of games and elevating interest in traditionally tedious plays.

"What we did is listen to fans," XFL commissioner Oliver Luck said. "And what they told us is that they love this game, but they would like it at a little more of a faster pace and with a little more excitement. They thought there is too much idle time. We tried to listen to what they didn't want, also. They didn't want gimmicks or things that were inauthentic. They also didn't want to be complicit when it comes to player safety. So what we wanted to do is take a great game and make it a little better."

The XFL's eight teams opened training camp this week and will kick off their 10-week regular season Feb. 8. Most of the on-the-field product will look familiar to fans, but a two-year project to innovate some aspects of the game led to a number of significant changes. They include:


I like some of the stuff! Not wild about the whole "can't cross the line of scrimmage until the ball is kicked" thing on punts. Goodbye fake punts that involve the forward pass?

Link to rule book if known?

Doomsday said:
A video official who can intervene on significant non-reviewable plays when involving player safety, or on any calls inside of five minutes remaining in the fourth quarter. There will also be booth-initiated reviews of traditionally reviewable plays using Hawk-Eye technology that ingests video directly from the broadcast truck.
Click to expand...

I saw commercial during the 2020 Superbowl pre kick off show on fox, announcing fox will air xfl.

Fox, ABC Will Kick Off XFL Season in February 2020

This is the official page for the XFL's rule innovations for football heading into 2020.

asking them for pdf copy... hope they will provide it... will post it if I get it.

I legit am excited about the XFL. I was a fan of the AAF last year, and watching that made me realize that spring football is a great thing. Go Renegades!

Before there was the "XFL to return" thread, but considering the XFL is now officially back and is about to kick off on Saturday, I figured it would be appropriate to create a thread to discuss the actual games. I know I'm excited, but I'm curious is anyone else on here excited?

spiderfan_MJ said:
XFL is now officially back and is about to kick off on Saturday, I figured it would be appropriate to create a thread to discuss the actual games
Click to expand...

The way to do that is start the thread on Friday, titled "XFL Week 1" and do that each week - week 1, week2, and so on. Here in the "general Sports" forum. This thread will remain just for XFL general news and comment.

Doomsday said:
The way to do that is start the thread on Friday, titled "XFL Week 1" and do that each week - week 1, week2, and so on. Here in the "general Sports" forum. This thread will remain just for XFL general news and comment.
Click to expand...