Weather where you are

I'm travelling to Dallas from Sunday til the 28th (I have no idea why I agreed to this).

What type of weather should I expect in this area (Lake Dallas actually) in late July? I had planned on getting a 1-week gym membership and hit on all of your guy's wives, but I don't think that's going to happen. I'll have to jog in the streets like a savage.

My first day, I think I'll hit up this really good BBQ place, the name escapes me, in the next city over. I believe it's also a gun range. I'll have brisket leftovers for a few days, which is always good. Then, I'll hit the grocery store and stock up on water, Greek yogurt, and fruit so I barely have to leave the house for the next 10 days.

I take the best vacations. I'll be in week 2 of this football analytics class I'm taking so at least I can concentrate on that.

Send me the likely weather I'll be dealing with if you know that area and any suggestions for real BBQ.

Can't recommend any BBQ places, but your weather forecast looks like hi 90's with a light chance of rain towards the end of your stay.
Locals should help with the grub, should be able to hook you up.

It is hot and humid here on the Gulf coast which is par for the course this time of year.

cml750 said:
It is hot and humid here on the Gulf coast which is par for the course this time of year.
Keep reading...

What is your humidity there where you are at?

Here in Los Angeles it is 44% as I type this

Scot said:
What is your humidity there where you are at?
Keep reading...

Enjoyed a high of 90 today, which is the average high for this time of year here. Even got a quarter inch of rain overnight.

It has finally started to cool down here a little bit.

On some of the streaming platforms is a free channel called "Earth Live!"

It has visible satellite view loops of entire regions, like the Pacific basin, the Atlantic Basin, the Gulf of Mexico/Texas, etc. sourced from NOAA.

I watch it on Roku.

Still low to mid 90s here with evening rain scattered through the region every evening. Today though I only saw 88 and got one-third inch of rain. Really nice.

I just wish it was this cool back at home 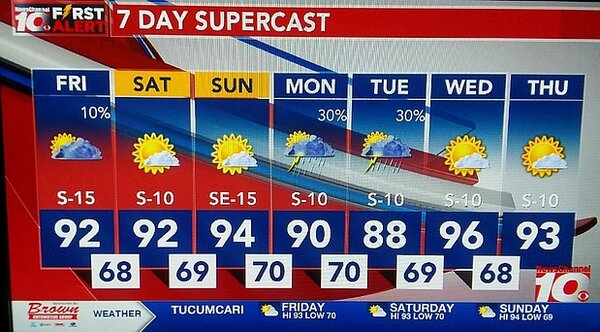 I only saw 90 today of the predicted 94. The clouds rolled in early. 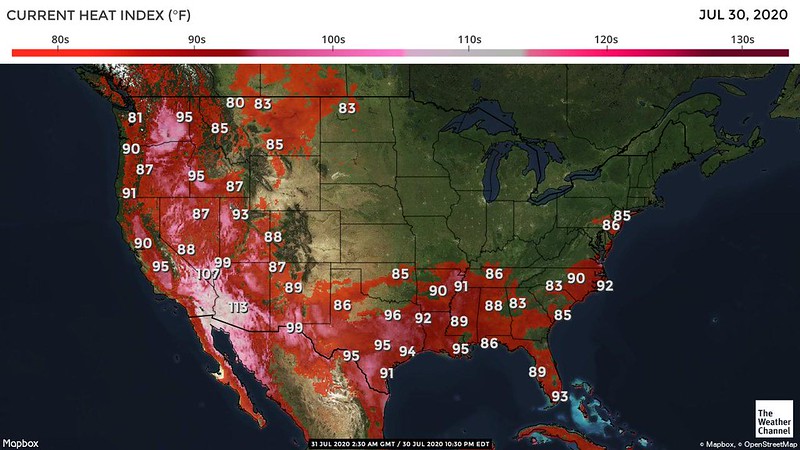 Lookin out my back door last evening at sunset: 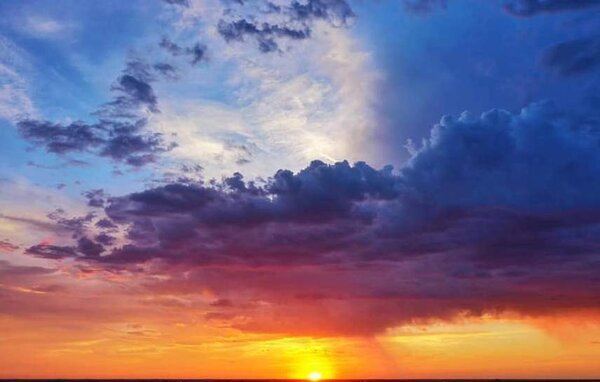 We've been having seasonal average high temps of between 90-95, and good ole thunderstorms every night for about a week straight. Not bad here at all.

Another HOT night in Big D !! 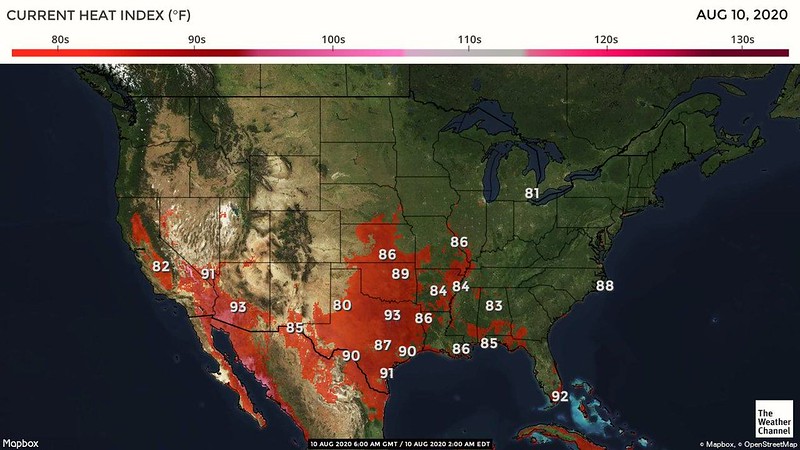 Been having average August weather here. Highs in the 90s and sweet upper 60s for lows. Got a quarter-inch of rain out here among the jackrabbits around 3:30 this morning, this was after I took this little snapshot at Medipark pond in Amarillo near sunset. 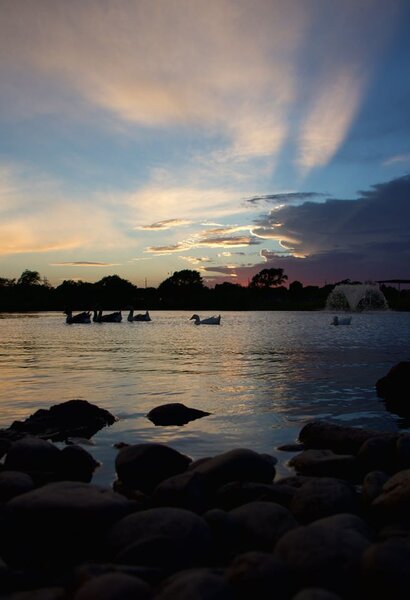 Weatherman saying this morning though, that the mean ole high pressure dome is returning to give us highs in the 100s Wednesday through Saturday.

Heat index reports are done by pussies by the way. Much more useful to post just the actual temps instead of being an exaggerating crybaby.

Now how in the hell do they expect people to shelter in place, stay home and stay safe when they plan to purposefully cut power to tens of thousands of people in the middle of the day when it’s 105 outside?

Usually when they call for a flex alert due to high temps they will have local cooling centers available for people to go to. Or they will advise people to go to the mall and other large areas to keep cool so we can save energy at home

That is just not an option with Covid

Today is going to be fun
You must log in or register to reply here.
Top Bottom
We've logged