We should have had a fuck you Garrett button

One for the road:

yimyammer said:
One for the road:

Now 10:45 CST and still not fired. I wonder if we'll any news in the morning.

Cant fire him if his contract expires first 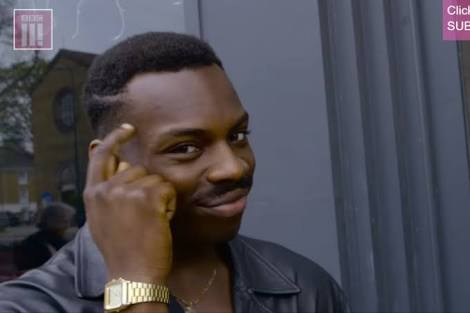 “The Cowboys”
There ya go, now the list is complete
K

You're right, but I go back to SBXXX when Jerry and Bootlegging Barry held the Lombardi up and said "We did it our way baby!".
Haven't been very many sound executive decisions(if any) since that day.

SixisBetter said:
Haven't been very many sound executive decisions(if any) since that day.
Keep reading...

And even that wasn't one.

SixisBetter said:
You're right, but I go back to SBXXX when Jerry and Bootlegging Barry held the Lombardi up and said "We did it our way baby!".
Haven't been very many sound executive decisions(if any) since that day.
Keep reading...

And sadly they didn't even do it "their way"...that was Jimmy's way!!

nickb said:
And sadly they didn't even do it "their way"...that was Jimmy's way!!
Keep reading...

Well... They TRIED it "their way" the year prior. But Troy and the other team leaders said "fuck this shit, we're going back to doing things Jimmy's way" on their own. That's well documented.

So, since Switzer and Jerry weren't in on it, they still think it was "our way, baby!"

This is another asinine topic from the Zone...

I read all over this forum about Witten and how he's holding Jarwin back. But to be honest Jarwin is a nice compliment, but shouldnt be nowhere near a starter. He is unusable in the running game. And we know this because Dallas was a strictly inside run team in 2018. Why because the TEs couldnt block the outside.

And it doesnt limit the handicap only to the run game. Theres a reason Dak was sacked at a record pace in 2018 because TEs couldnt help in pass blocking either. It was horrible.

Jarwin is a nice guy to go out and run a seam or a out to the sideline and get forgotten about by the defense because he's not a threat. That would work for the team if he comes in, in situations but if he's a starter then he's not getting them suprise the defense situations.

This team needs a complete TE, theres a reason Dallas wanted Geodert with Witten moving to the booth.

As much as Witten declined with age, Jarwin isnt half the TE Witten is. Jarwin is a guy you bring in, in situations. Not a guy you depend on regularly.

IMO Cole Kmet is just what this team needs. And picking him at 17 would be a great for this team. I see needs on defense but this defense needs veteran leadership. They have plenty of young talent who arent ready to be leaders. The offense is full of vet leaders. With the cap this team has, go and pluck a couple of vets in FA for this defense that are able to lead on the field.

Ignoring the loss of Witten would be a huge mistake as Dak found out in 2018 when im sure plenty of Monday mornings he woke up sore from the beating he took on sunday. (end of thread)

How about we find out if Jarwin can do these things rather than assuming he can't not to mention how much dynamic he is after the catch...I think of him in the mold of Kelce with how big he is and his running after the catch

a legacy best described as a 10 year shit stain

This thread stands as fitting memorial to Garrett and could be revived cause you just know some idiot owner or GM out there will think, " Well, Garrett did win COY that one time".

I bet we see Garrett on the opposing sidelines next season

my money says he goes to the Browns or NYG and we play them both next year
You must log in or register to reply here.
Top Bottom
We've logged