Doomsday said:
CAN we keep them from scoring 10 or more points now with 2:27 and a timeout left.
Keep reading...

They got nine anyway. Jeez Louise.

Bell was down, that touchdown's getting overturned.

don't be a hero, guys. sit out the next game.

This is some Garrett level shit going on right here

Scot said:
Our meaningless win today dropped us from the 4th spot in the draft to the 8th spot

This is some Garrett level shit going on right here
Keep reading...

How did it drop from 4th to 8th in draft what caused it? I thought winning moves up? 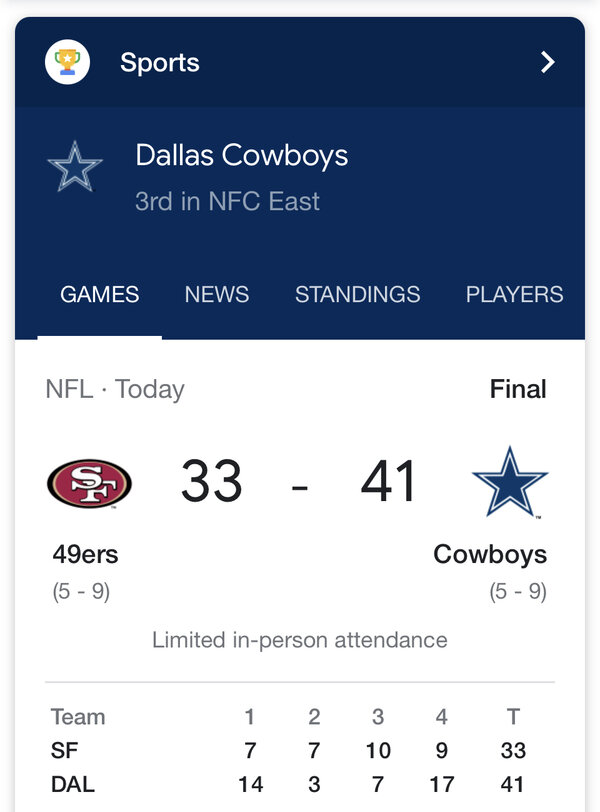 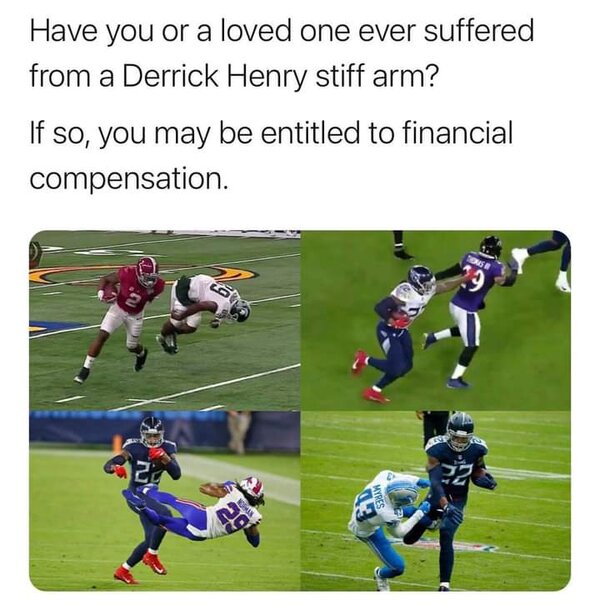 internetking said:
How did it drop from 4th to 8th in draft what caused it? I thought winning moves up?
Keep reading...

Up as in a lower pick.

internetking said:
How did it drop from 4th to 8th in draft what caused it? I thought winning moves up?
Keep reading...

when we only had 4 wins we were in line to have the 4th over all pick in the draft because we had the fourth worst record in the NFL. Because we won today and passed other teams in wins we dropped all the way down to #8 overall. (The lower the number the better when it comes to where you pick in each round of the draft)

Now that we have the 8th overall pick we will pick 8th in each of the 7 rounds of the 2021 draft.

There are many other factors but that is the general idea of the draft.

The draft is designed to give crappy teams the ability to better their teams quicker by giving them a higher pick (better chance) of selecting the better players in the draft.

To be honest I'm not that fussed about dropping a few spots in the draft. It's just nice to see them playing competitive football for a change, and a D finally forcing some turnovers. Wherever we pick there will be a good player available, it's just a matter of whether McClay and the Front Office can identify that player.

Maveric said:
Boys and girls, I do believe we may have a running back controversy on our hands...
Keep reading...

Definitely. Zeke is going to have his hands full winning the backup job off Rico Dowdle.

Wait, so Drama Queen didn't retire again after all?

Scot said:
Zeke has just been ruled out for the game with a calf injury

And other than 1 or 2 plays, there was nothing to see.

We are going to win this game. With all the injuries the Niners have we are pretty much playing their fucking scout team
Keep reading...

I guess you haven't noticed then, but our team's injury situation has pretty much reduced us to a scout team

Fuck this league and the whole bunch of looney tune cancel culture people.
You must log in or register to reply here.
Top Bottom
We've logged