Scot said:
Is it just me or is Jerry actually looking healthier this season than he has in the past?
Keep reading...

couldn't tell you, I've quit watching, I just come here to shit on the jones clan cowboys (and read the funny images/videos plus& your fishing reports which are sorely lacking sir!)

The team I grew up with is dead and buried

There was a game last night. FOX carried it, starting at 9pm Central. @ Arizona. Nobody seems to have noticed, lol

Doomsday said:
There was a game last night. FOX carried it, starting at 9pm Central. @ Arizona. Nobody seems to have noticed, lol
Keep reading...

Doomsday said:
He is saying he knows what it is like to be on the planet Mars and in college, (The University of Mars where Otis Sistrunk graduated from according to Alex Karras) and on Mars you can shoot someone and only get a ticket for it. And that players drafted or signed from the University of Mars come here and think that rule still applies here. So he can see their confusion, not being able to shoot anyone here and only get a ticket for it. So that it is okay with him if you are a college player and shoot people, because of the whole, different laws on Mars thing.
Keep reading... 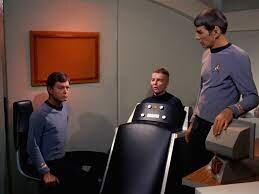 Were never gonna be rid of this fucker.

He. Just. Won't. Die. I keep seeing Al Davis in that shiny-ass silver jumpsuit, addled as fuck and shaking my head. Jerry is gonna be the next Al Davis.
You must log in or register to reply here.
Top Bottom
We've logged