This fucktard is another one who needs his ass beat 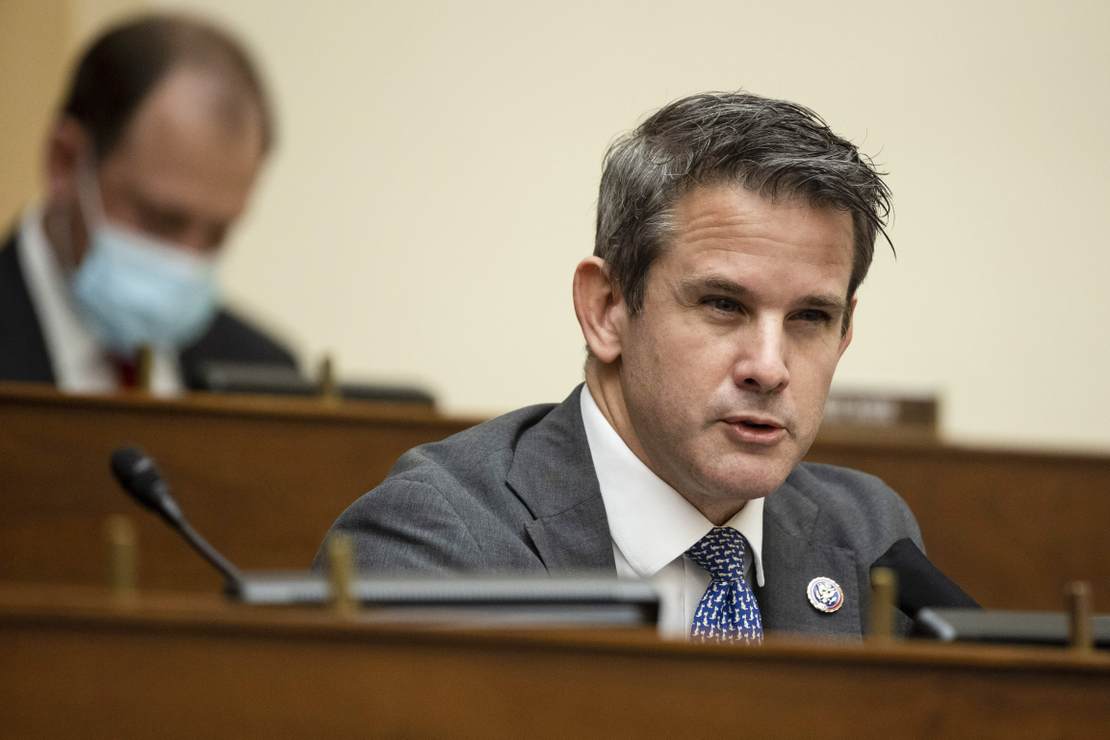 Kinzinger, in calling Boebert “the Christian Taliban,” demonstrates his abject ignorance of both, and his distaste for the religion he professes to embrace.

The Republican National Committee is a strange beast sometimes. On one hand, they’ve essentially disavowed all discussions about the stolen 2020 election. On the other hand, they just posted an article and a video showing plenty of examples of Democrats denying presidential election results during the last three races they lost.
With a 99% certainty, I can say the 2020 election was stolen. Whether the RNC is finally acknowledging that possibility or not is up for debate, but kudos to them for putting together this video and the list below:

FOR DECADES, DEMOCRATS HAVE REFUSED TO ACCEPT THE RESULTS OF ELECTIONS THEY LOST
DEMOCRATS CALLED THE 2000 PRESIDENTIAL ELECTION “STOLEN,” “FRAUDULENT,” AND A “COUP D’ETAT”
DEMOCRATS REPEATEDLY CAST DOUBT ON THE LEGITIMACY OF THE 2004 ELECTION
***Support The Liberty Daily and Mike Lindell -- use code TLD at MyPillow.com and get up to 66% off!***
DEMOCRATS REFUSED TO ACCEPT THE RESULTS OF THE 2016 ELECTION
DEMOCRATS HAVE CONTINUED TO CAST DOUBT ON OTHER ELECTIONS SINCE 2016
If you love the news, check out The Liberty Daily's homepage.
BIDEN AND HIS OFFICIALS HAVE PUSHED STOLEN ELECTION CLAIMS

can you post a link to that source please? 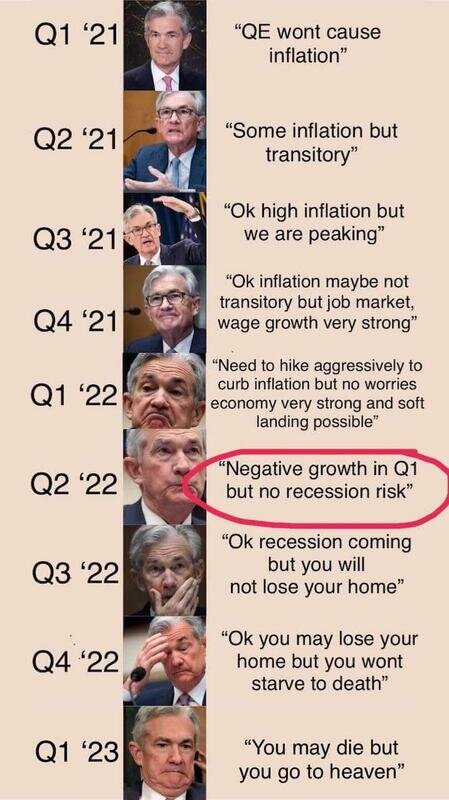 yimyammer said:
can you post a link to that source please?
Keep reading... The Republican National Committee is a strange beast sometimes. On one hand, they’ve essentially disavowed all discussions about the stolen 2020 election. On the other hand, they just posted an article and a video showing plenty of examples of Democrats denying presidential election results...

Leftists will be revolting and tearing shit up all weekend.
Keep reading...

I enjoy listening to tal radio. Heard this morning there's a big rumor Trumpster is going to tell the world this weekend that he'll be running for the 2024 Presidency again. Being it's 4th July weekend. We ALL know that's the Donald's style lol.

dbair1967 said:
So this amazing witness Dems trotted out there did nothing but tell a bunch of lies, all of which she has been busted for.

When this charade is over and hopefully Republicans regain the house and senate, there should be a SLEW of people who are behind all this waste of time garbage that go to prison. And if enough dots are connected between the bogus impeachments, Covid and this 1/6 garbage I wholeheartedly believe not only should many go to prison and rot the rest of their life away, but SEVERAL should be executed as traitors to the country.
Keep reading...

After Cassidy Hutchinson testified and was caught lying multiple times every Republican in congress and the Senate should be calling for an abrupt end to the Jan 6 hearings. Hutchinson's testimony just proved Democrats and Liz Cheney are using taxpayer money to smear Donald Trump with any lies and innuendo that can come up with. This is the Brett Kavanaugh hearings all over again.

Hutchinson lied about the limo incident. She lied about writing a note. And she lied about talking to one of the president's attorney's the morning of Jan 6. What's worse is the Democrats and Cheney knew or suspected her testimony was not true. This is why they did not contact the Secret Service to corroborate what she told them. It is also why they held a special emergency televised hearing to air her testimony. They just wanted to get the sensational headlines out there so the media could do their thing, which was to give the lies a life of their own without verifying the facts. Unfortunately, one reporter from NBC decided to check with the secret service and was told the story was not true. Then others were compelled to do their own checking. I will bet they were actually trying to prove the NBC report was wrong and were disappointed when they found out it was true.

Just imagine if it was a Republican investigation of a Democrat, like Biden. In fact, remember what the media and Democrats did with the Hunter Biden story? How about Ashley Biden's diary?

The Republican National Committee is a strange beast sometimes. On one hand, they’ve essentially disavowed all discussions about the stolen 2020 election. On the other hand, they just posted an article and a video showing plenty of examples of Democrats denying presidential election results...

I remember most of this from experiencing it but I had once done a lot of research on the 2000 election so I am very familiar with the machinations of the Democrats back then. People still behaved with a little decorum and loyalty to the country but we were on the verge of abandoning that thinking. The standard of the time was Nixon's concession of the 1960 election despite suspicions that the Kennedy family used the Chicago mob to rig the election in Illinois. Nixon conceded for the good of the country. But to this day Democrats still claim they won the 2000 election and the Supreme Court handed the victory to Bush. This is not true. The initial count of votes in Florida was probably the most accurate count and Bush won. After that, the punch cards had been damaged by re-scanning and votes were either changed or tossed out.

The people today who are betraying the confidence of Trump and even his wife are clearly despicable people. When the media turned the Watergate witnesses into heroes, they started the weaseling that we see today. Only the Clintons realized the need to surround themselves with confidants they knew would take a bullet before they would reveal Clinton secrets. Trump hired a lot of people who are now looking for book deals to make a quick buck in exchange for breaking their confidence and trust with Trump. And notice how much of what is reported is not first hand testimony. It is hearsay. Remember the Ukraine phone call whistle blower? He was not on that phone call and did not hear it. He reported what he was told - and we now know the person who told him was Lt. Col. Vindman, a witness during the impeachment who lied under oath. But what people are ignoring is much of what Vindman told the whistle blower never happened. It is turning out that Cassidy Hutchinson's testimony is also hearsay and also turning out to be false. Is this a pattern?

The perjurers have not been punished. This includes Peter Strzok, James Comey, Andrew McCabe, Samantha Power, John Brennan, Hillary Clinton, Huma Abedin, Rod Rosenstein, Robert Mueller, Christine Blasey Ford (and two other Kavanaugh accusers), Vindman, Michael Sussman, and many others. I doubt Hutchinson will be prosecuted either. Lying under oath appears to be only a crime for Republicans, like Scooter Libby, George Papadopoulos and other Republicans - and their lies are non-material, like misremembering dates of conversations when talking to FBI investigators. 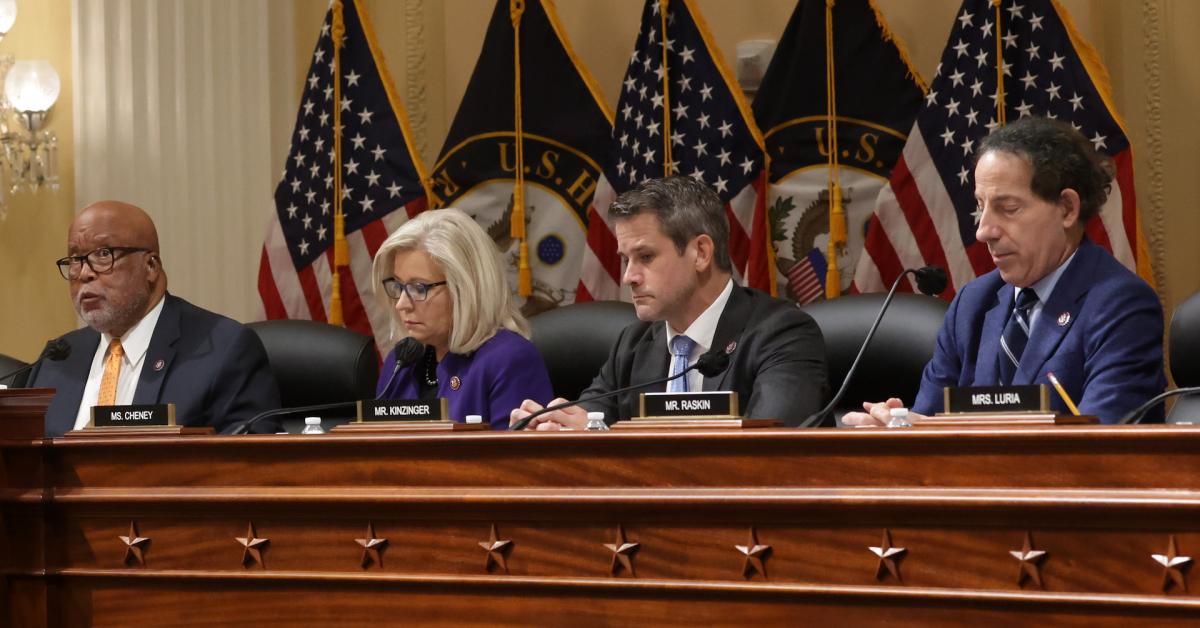 From debunked incitement claim to refuted hearsay allegation about a Trump lunge for wheel of presidential vehicle, panel has provided high-visibility forum for fictions and fallacies.

From debunked incitement claim to refuted hearsay allegation about a Trump lunge for wheel of presidential vehicle, panel has provided high-visibility forum for fictions and fallacies.

It is important to note that discussing how to "overturn" an election using legal means is not against the law. It is not even controversial. It has been done many times after US elections. The difference is no one has exploited these conversations for political gain the way Trump's enemies have done.

In 2000, Al Gore not only discussed how to delay certification of Florida's vote count, but he actually did get the Florida Supreme Court to delay the certification against Florida law.

The fact is, Trump had/has every right to challenge the election results. Discussing how to challenge the certification of the vote, or even legally replacing the electors is legal under due process and free speech. He can attempt any legal action he chooses and the courts, as they did, will deny him if his requests violate the laws as written.

As for inciting a riot, this is total nonsense as everyone with a brain knows. Trump used the words, "peacefully and Patriotically" when he spoke to his rally audience. Democrats want to use the "shouting fire in a crowded theater" argument to claim Trump incited the riot at the Capitol. The problem is, you can yell "fire!" in a crowded theater if there is a fire. At this point there is enough evidence out there for a reasonable person to conclude there was lots of fraud in the 2020 election, so Trump talking about it is clearly protected speech.

I heard that Billy Gates has a Plan to reduce those numbers...

UNITED NATIONS (AP) — The United Nations estimated Monday that the world’s population will reach 8 billion on Nov. 15 and that India will replace China as the world’s most populous nation next year.

Like many other Libtard companies, I wish these places would rot to the ground and all go under. 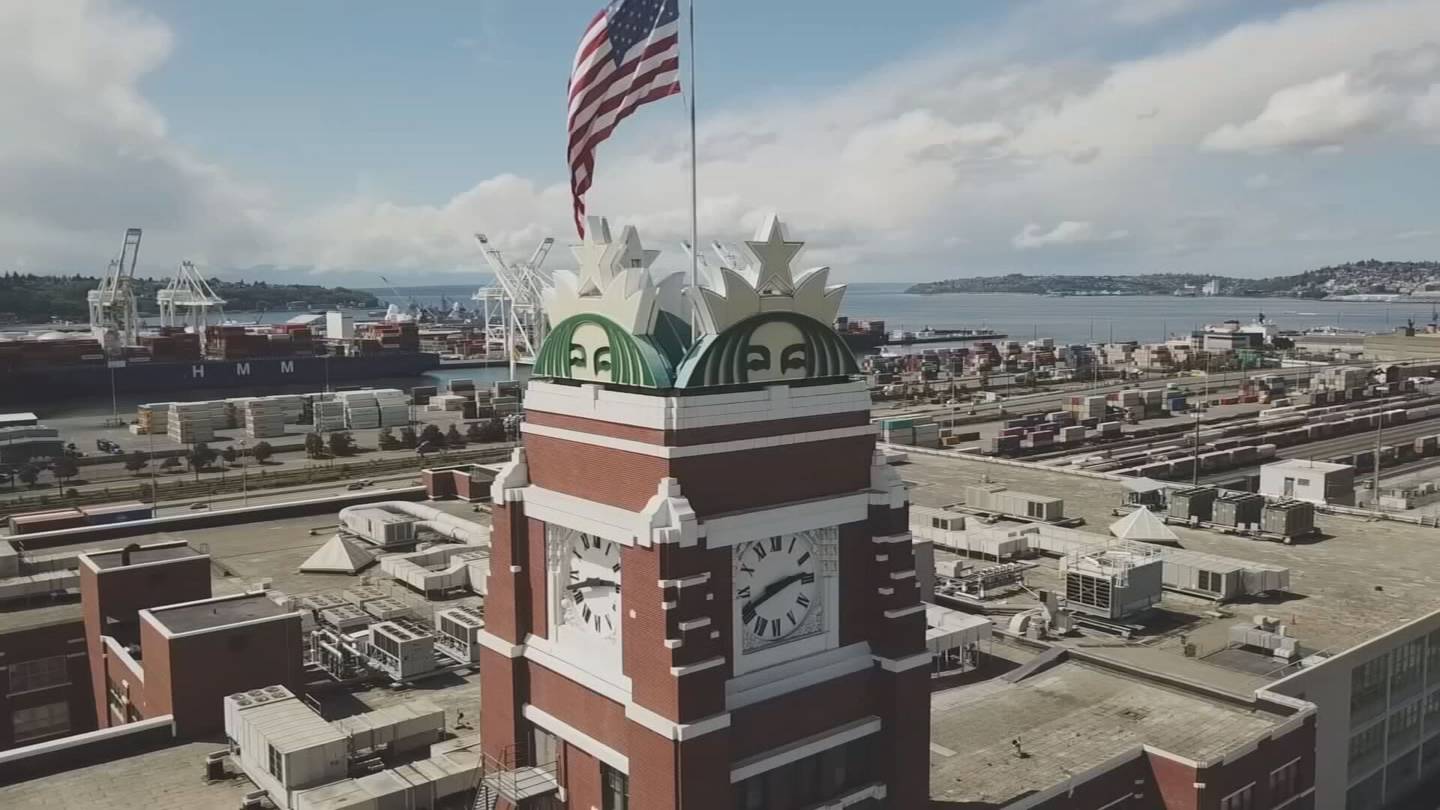 Starbucks closing some stores in Puget Sound area, across nation due to safety concerns

The closures are all due to higher rates of crime in the neighborhoods where the stores have been open for years. 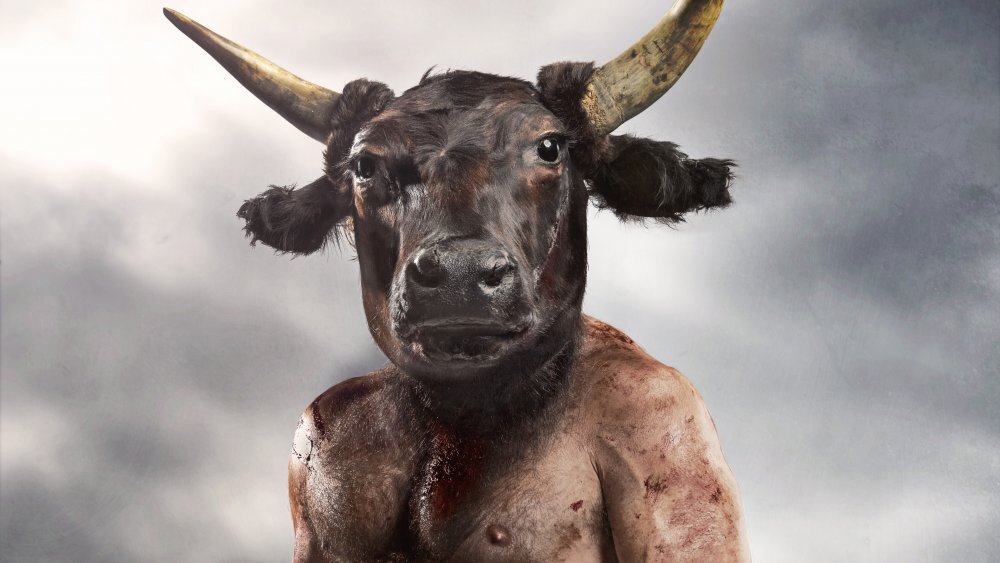 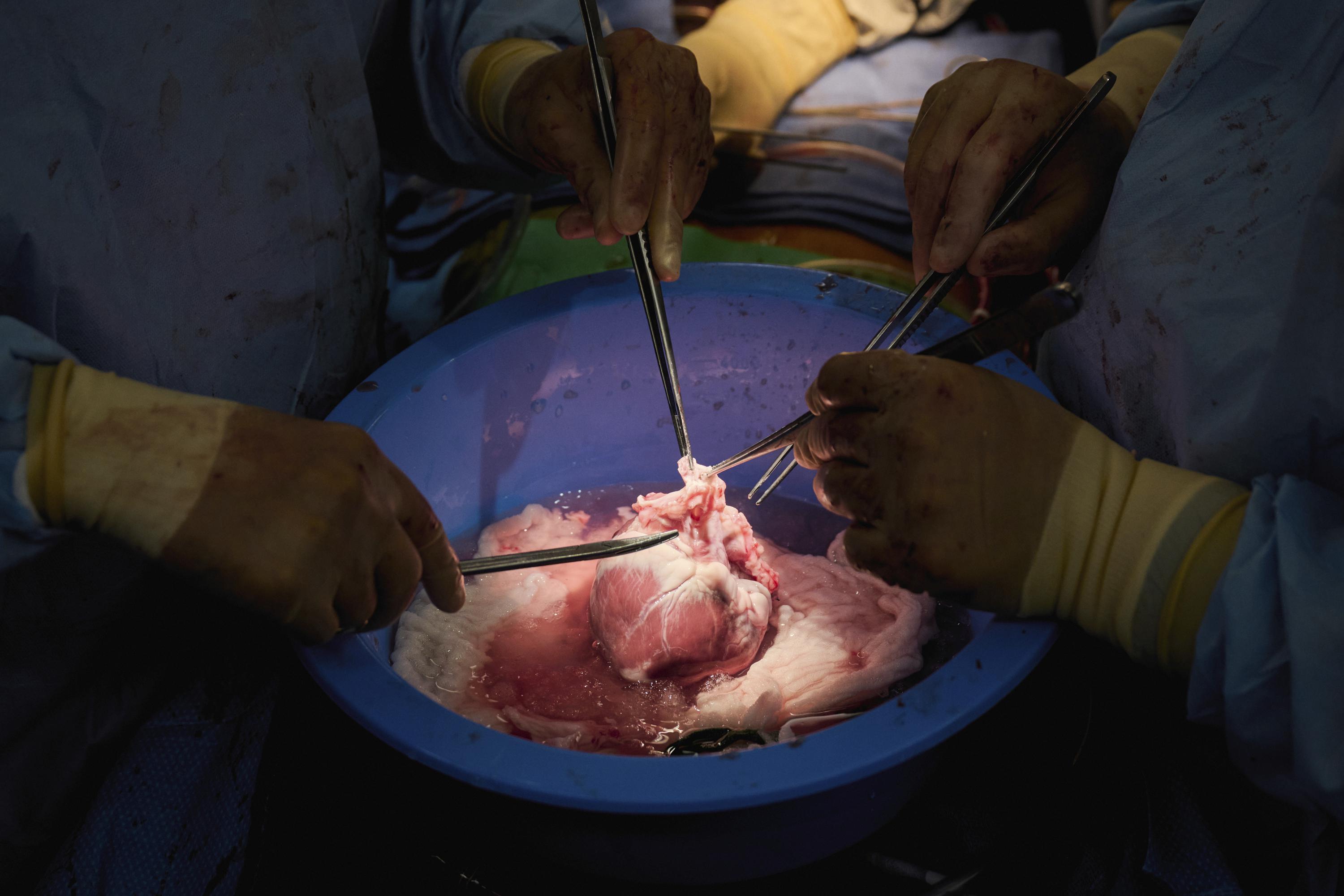 Pig organ transplants inch closer with testing in the dead

New York researchers transplanted pig hearts into two brain-dead people over the last month, the latest in a string of developments in the long quest to one day save human lives with animal organs.

First Lady Jill Biden is getting roasted for comparing the Latino community to “breakfast tacos” on Monday.

First Lady Jill Biden is getting roasted for comparing the Latino community to “breakfast tacos” on Monday.

I have always felt that Jill is the one pushing Joe around and using him so she could get in the White House. Turns out she is as big of an idiot as he is.

why is the senate talking to this lady?

Whats the point of this nonsense?

By the way, that fucktard penis Trudope recently told his nation "you have no right to defend yourself, this is not a right that you have" when it comes to using a gun to take down a would-be attacker in self-defense.

This is what's coming here people.

Congressman Mike Johnson (R-La.) offered a fiery rebuttal to House Judiciary Democrats after they claimed that Canada is the most free country in the world. During a house hearing on Thursday, Johnson said that's simply not true.

Yet Hillary is still not in trouble for "wiping" her server... 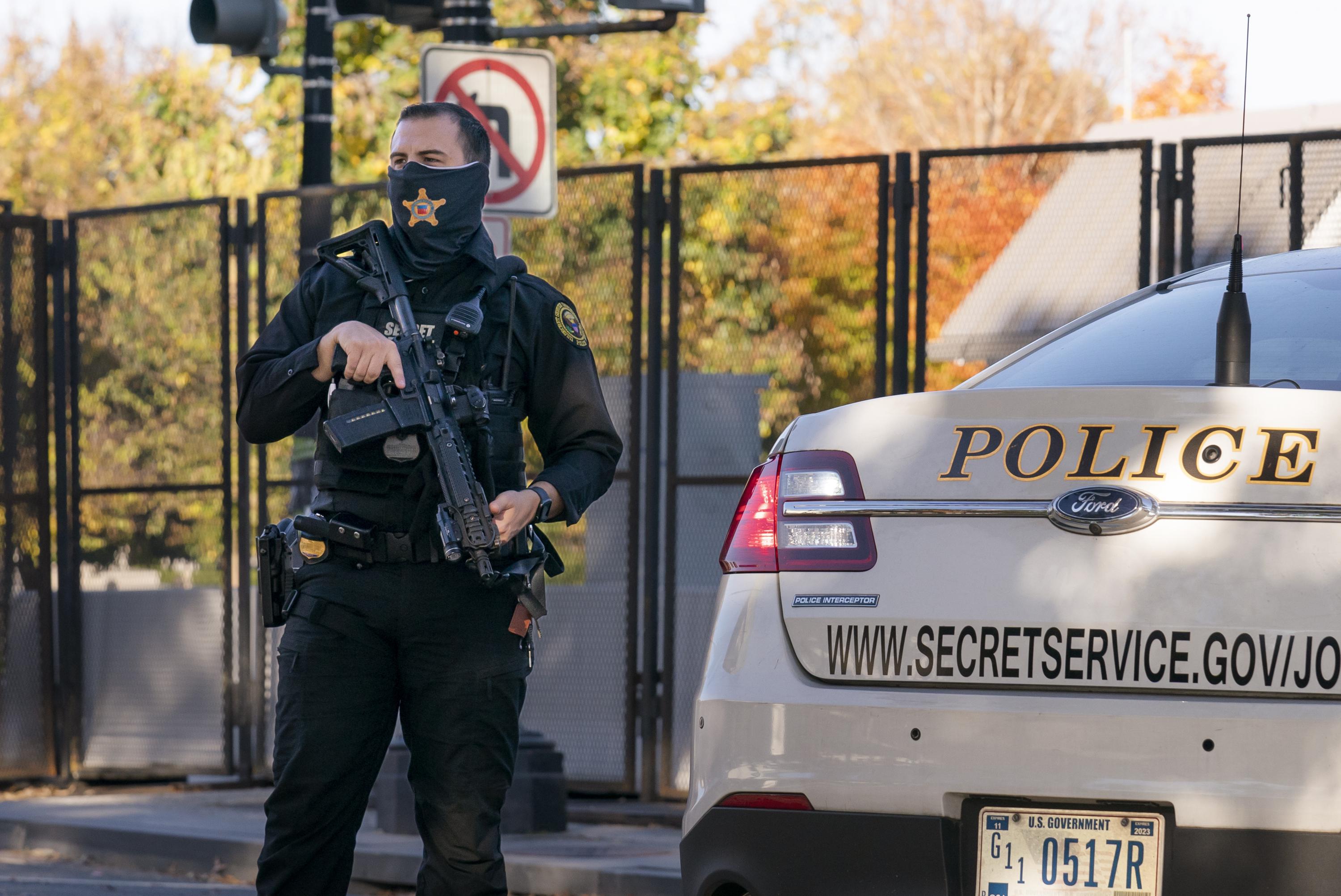 WASHINGTON (AP) — Secret Service agents deleted text messages sent and received around the Jan. 6, 2021, attack on the U.S. Capitol even after an inspector general requested them as part of an investigation into the insurrection, the government watchdog has found. 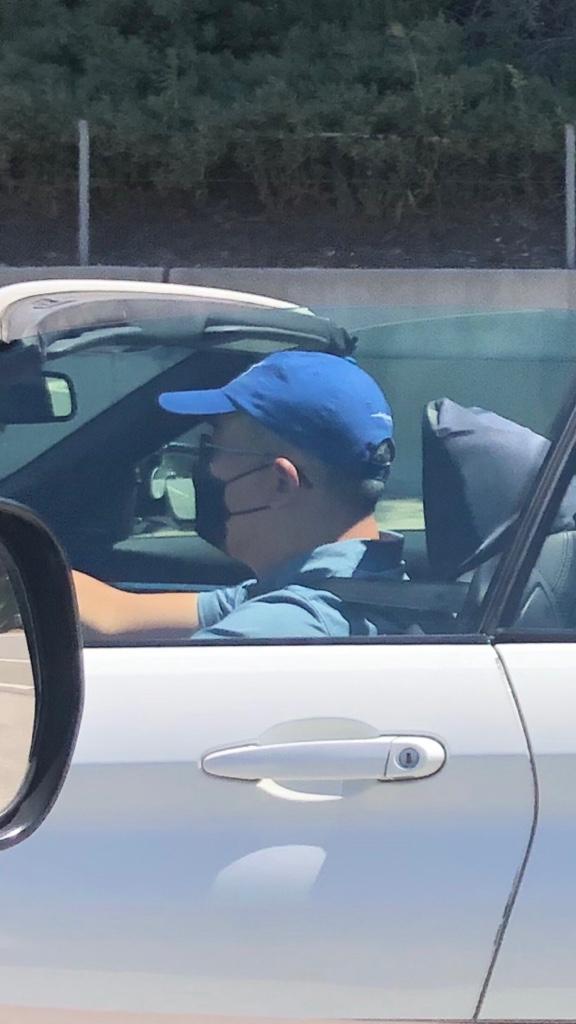 Yes, that is in fact a grown ass man, driving down the freeway, in a convertible, with the top down, wearing a fucking mask!

Scot said:
So I saw this driving down the freeway here in Los Angeles yesterday

Yes, that is in fact a grown ass man, driving down the freeway, in a convertible, with the top down, wearing a fucking mask!
Keep reading...

Yep, we know how this fucktard votes
You must log in or register to reply here.
Top Bottom
We've logged