The stadium with the hole in the roof opened. Honestly I wished they still played there, it was a far better atmosphere than that fucking monstrosity in Arlington is. 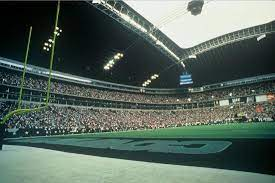 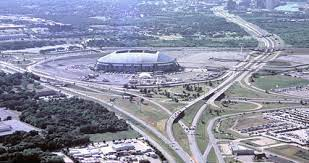 Yep it was an icon, mindlessly and heartlessly erased like chalk on a blackboard.

Duane Thomas went wild that day. Too bad he was determined to be an asshole.

A trip down memory lane. Games that I made the trip to Dallas for at Texas Stadium:

1) 1991 season finale vs Atlanta. Heckuva game and Emmitt won his first career rushing title that day. Fans hung around in the stadium after the game waiting on Detroit's results. The next week we won our first playoff game in forever when we beat Chicago on the road.

2) 1992 regular season game vs Philly. We finally bullied them the ay they had bullied us and ended any discussion of them being better than us or too physical for our team. Then in January we put a monumental ass beating on them in the playoffs. The crowd was amazing and during that week the local Kroger's actually took Philly Cream Cheese out of the dairy section.

3) 1993 regular season game vs San Fran. Electric atmosphere for rematch of NFC Champ game. Irvin had one of his best games ever that day (12/168, 1 td) and torched the Niners secondary all day. Game wouldnt have been close but Emmitt had a fumble ran back for a TD and Harper dropped a gimmee long TD in the endzone

4) 1994 vs Washington. Troy got knocked out via a dirty hit and Rodney Peete came in, game was a blowout as defense dominated with a slew of turnovers, incl a couple picks by Kevin Smith

5) 1995 vs San Fran...the first loss I attended there and the game everyone officially knew what an utter disaster Switzer was as a HC. Terrible, terrible preparation and team was beaten by unknown Elvis Grbac. Game was never close and we got owned on offense and defense the entire game.

6) 1996 vs Philly- 2nd yr in a row an ugly, unexpected loss to a team with a lousy backup QB. Ty freaking Detmer picked us apart and Watters ran all over us, but we still had a chance in the end. It was 24-21 and we were driving very late in the game when one of their LB's picked off a ball and lateraled to Troy Vincent, who went the length of the field for a game clinching TD. Another Barry Switzer special...disinterested, unprepared team losing at home

7) 1999 vs Packers. No Aikman, no Emmitt and no Irvin. EVERYONE expected us to lose, but we stunned the Peckers with Jason Garrett and Chris Warren leading the way, and Defender of the Star/former Pecker George Teague iced the win with a length of the field TD return of a Favre pass to close it out. After the game, Ron Wolf (then GB GM) made what was reported to be at the time his only trip ever to the sideline to berate Ray Rhodes, who coached his team to the embarrassing loss ala Barry Switzer

dbair1967 said:
1) 1991 season finale vs Atlanta. Heckuva game and Emmitt won his first career rushing title that day. Fans hung around in the stadium after the game waiting on Detroit's results. The next week we won our first playoff game in forever when we beat Chicago on the road.
Keep reading...

I remember watching it in the TV section of a department store while Xmas shopping. Didn't Deion play some offense that day?

bbgun said:
I remember watching it in the TV section of a department store while Xmas shopping. Didn't Deion play some offense that day?
Keep reading...

Yep, he did indeed
You must log in or register to reply here.
Top Bottom
We've logged