Absolutely ridiculous that Pearson didnt get in again.

Also ridiculous that ANOTHER Stealer got in.

Thanks for posting TD. Great interview and it was interesting to hear about his coaching tree that extended beyond Norv and Dave Wanstadt. Jimmy was great at evaluating players, as well as quality coaches. It's really a shame....no telling how many SB's we could have won had he stayed on.

Troy Aikman and Terry Bradshaw will induct Jimmy into the HOF

When Jimmy Johnson finally gets to put on the gold jacket at the Pro Football Hall of Fame in Canton, Ohio - it will be Terry Bradshaw and Troy Aikman helping to induct him, according to reports.

hey... you know he was on the survivor show way back then? 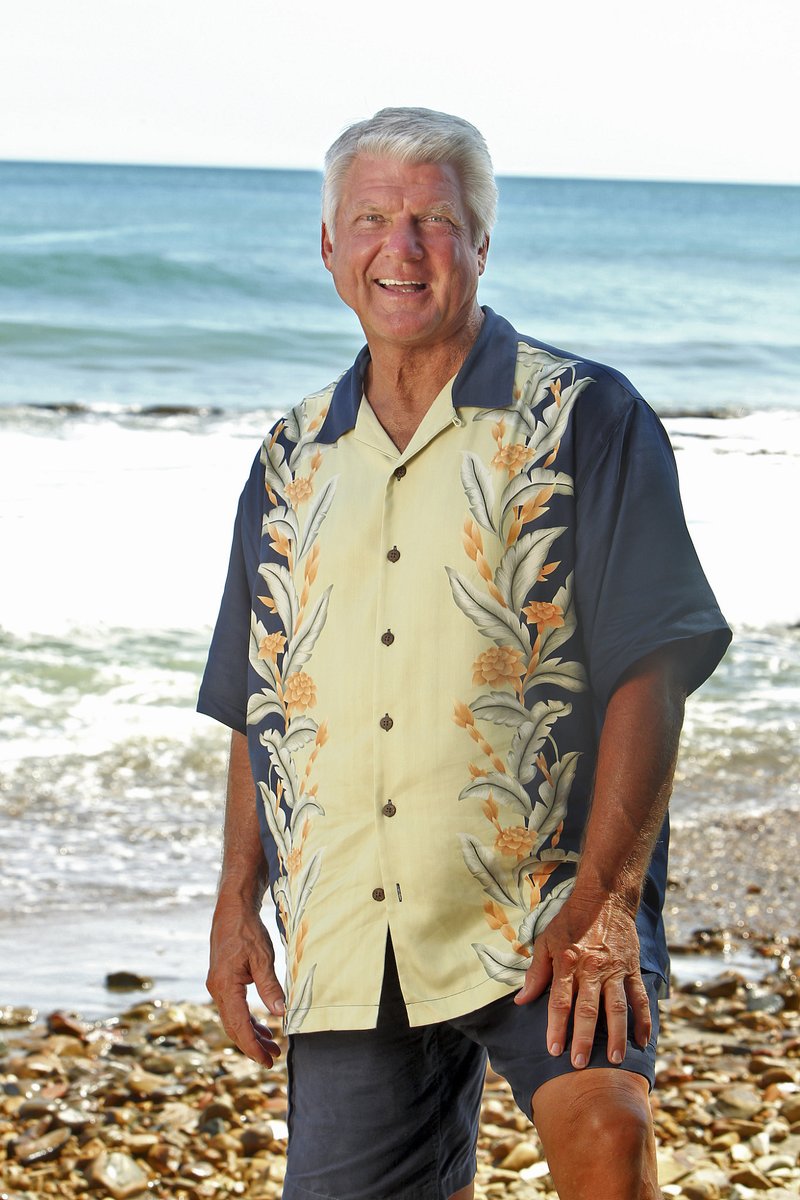 James William "Jimmy" Johnson is a contestant from Survivor: Nicaragua. A retired NFL Coach, Jimmy was the most recognizable castaway on his season. However, his leadership over the older Espada tribe was seen as a threat, leading to his early elimination.

Only two Pro Football Hall of Famers who spent the majority of their careers with the Cowboys are not in the team's Ring of Honor. Owner Jerry Jones went into the Pro Football of Fame in 2017. Former coach Jimmy Johnson will earn a spot in Canton in August. Jones makes up the one-man committee [more 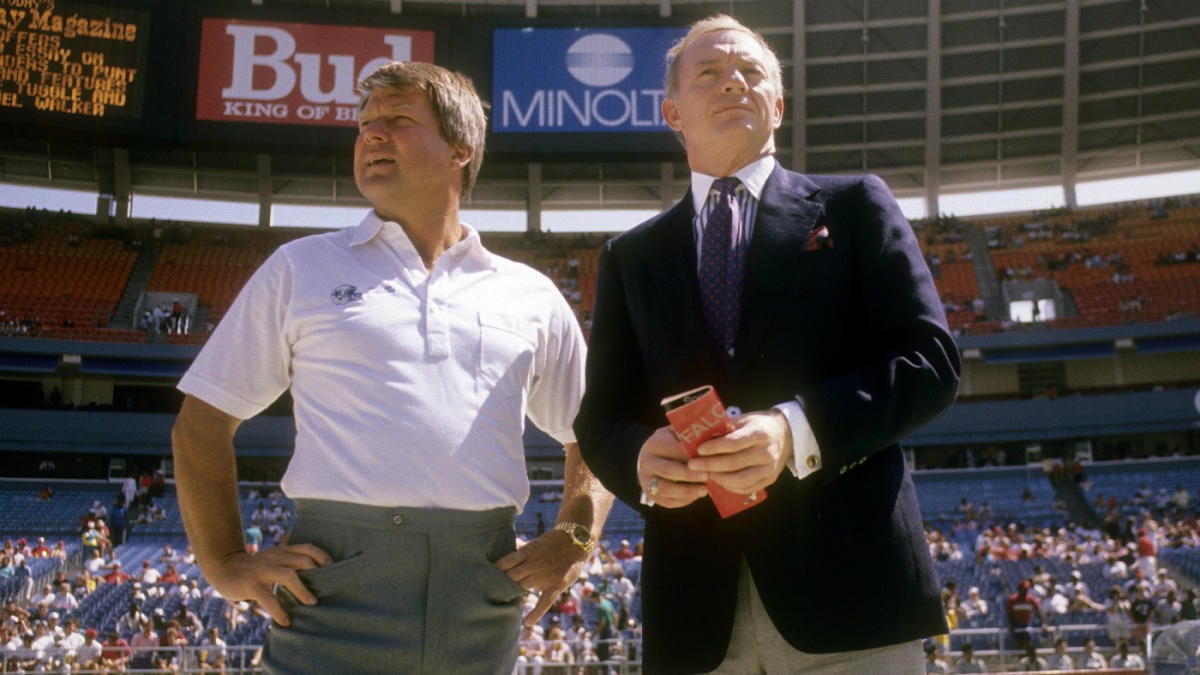 Cowboys' Jerry Jones will not induct Jimmy Johnson into team's Ring of Honor in 2020: 'It's not on my mind'

Cowboys Jerry Jones will not induct Jimmy Johnson into team's Ring of Honor in 2020: 'It's not on my mind'

bbgun said:
I just hope they don't make us play in the HOF Game because of this. Too disruptive to training camp.
Click to expand... 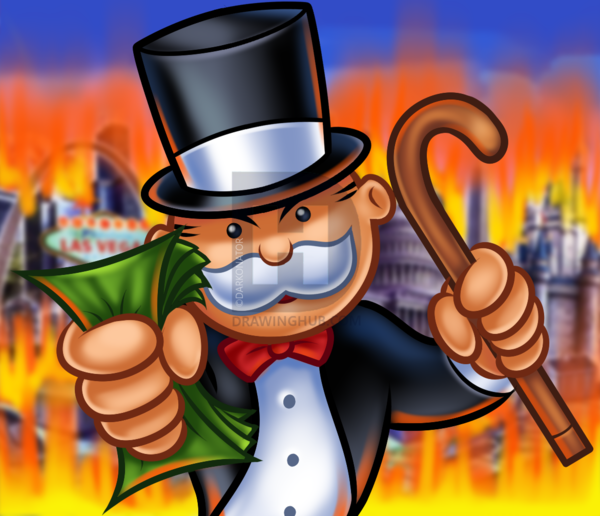 Jerry at it again. Party line is play HOF game because Jimmy being inducted. More like make a buck and get wrinkled prune face in front of as many cameras and microphones as possible to steal attention from the guy that made him look competent for a second.

The Player Personnel "Triplets" mainly built the team through the draft and with trades. However, their free agent signings made a huge impact. Ray Horton, Jack Del Rio, Tommie Agee, Alfredo Roberts all help the Cowboys return to the playoffs in 1991. James Washington was a Super Bowl starter in 1992 and 1993 (would have been MVP if not for Emmitt Smith). After the Triplets left, Jason Garrett had his claim fame on Thanksgiving Day 1994 and would be rail road as the Cowboys HC in waiting in 2007 and Head Coach 2010-2019. Eddie Murray literrally kicked the Cowboys into home field advantage through out the playoffs and Super Bowl in 1993. Bernie Kosar won games in 1993 and won the NFC Championship game of 1993 when Troy Aikman down with injuries. Dale Hellestrae would long snap for the Cowboys for 10 years and collect 3 Super Bowl rings. Finally Jay Novacek would become Troy Aikman's security blanket becoming an All Pro and Pro Bowl TE winning 3 Super Bowl rings.

Witten will get in the ROH before Jimmy. Book it.

bbgun said:
Witten will get in the ROH before Jimmy. Book it.
Click to expand...

Jeff Heath probably has a better chance at getting in the ROH than Jimmy.

Troy Aikman will be presenting Jimmy

As it should be! 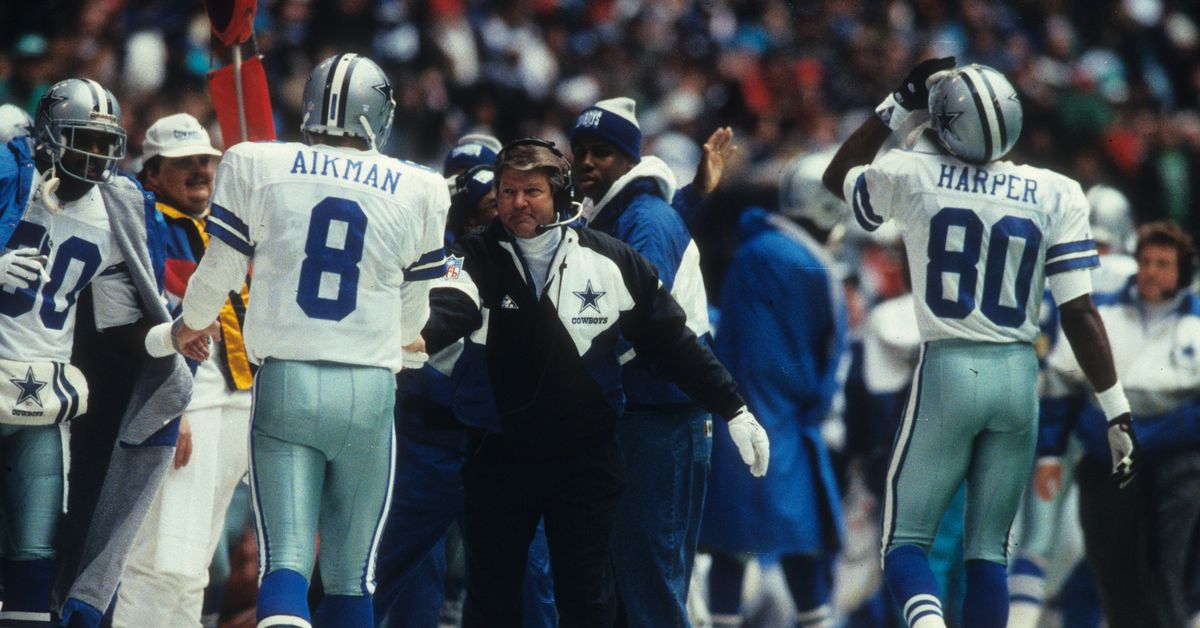 Two great Cowboys together for one induction ceremony.

www.cbssports.com
You must log in or register to reply here.