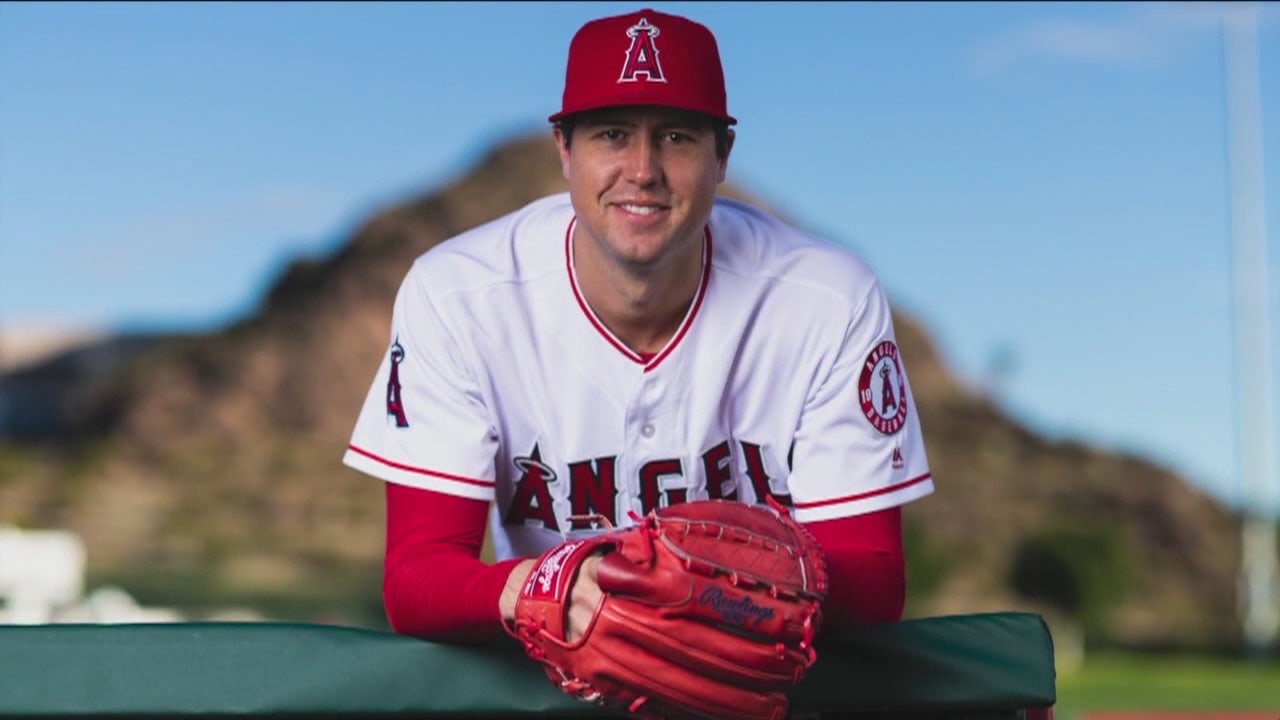 A former employee for the Los Angeles Angels has been charged in connection with the death of Angels pitcher Tyler Skaggs, who overdosed at a Southlake hotel in 2019.

Eric Prescott Kay, who was the communications director for the Angels, was charged with conspiracy to distribute a mixture containing detectable amounts of fentanyl, and was arrested in Fort Worth.

Court documents show that a number of pills were found in Skaggs’ room, including a single blue pill with the markings M/30.

It closely resembled a 30-milligram oxycodone tablet, but an analysis of the pill revealed it had been laced with fentanyl.

Kay, 45, was interviewed by authorities, and reportedly said he didn’t know whether Skaggs was a drug user, and he hadn’t seen Skaggs since he checked into the hotel.

But investigators found text messages on Skaggs’ phone that showed he had asked Kay to stop by his room with pills.

It was later learned by investigators that Kay had lied to them, and told another Angels employee that he visited Skaggs’ room the night of his death.

The Drug Enforcement Administration determined that Kay would regularly give the blue M/30 pills – dubbed “blue boys” – to Skaggs and others.

The Angels put out a statement that investigation found no one in management was aware an employee was giving players, including Skaggs, opioids.

Kay made his first court appearance Friday morning, and faces up to 20 years in federal prison if he’s found guilty.

Tyler went to high school with my daughter. His mom was the high school softball coach. Feel awful for her.
You must log in or register to reply here.
Top Bottom
We've logged