This kid is opening some eyes.

Comedy gold with those fucktards at CZ.

Melting down about a first run of the depth chart (before a single preseason game) and then bitching about the Maher deal.

None of the fucktards noticed he made 16/18 last yr for New Orleans. He only missed 1 kick under 50 last yr and for his career has only 3 missed PATs.

Has a great leg, if he has figured out the consistency part he might be ok.

That said, it's likely IMO that the opening night kicker is still not on this roster. 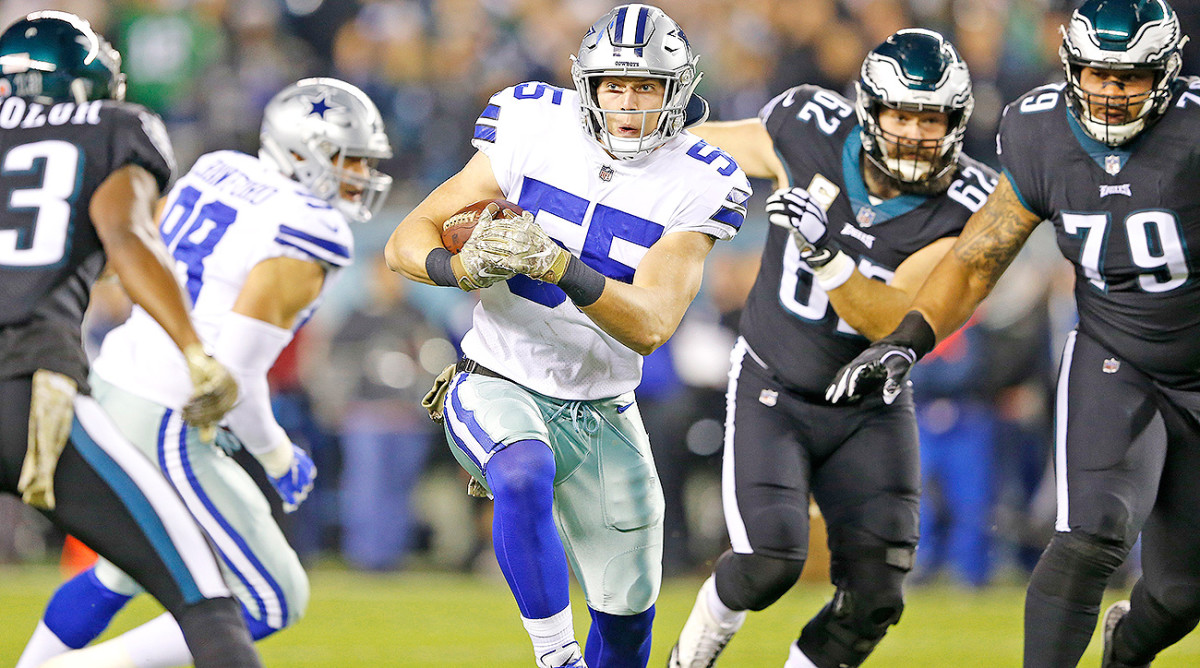 The linebacker returned motivated on a one-year deal. Plus, receivers are stepping up after injuries to Gallup and Washington.

OXNARD, Calif.—The Cowboys are winding down two weeks solid here. The team flies to Denver on Wednesday for a joint practice with the Broncos on Thursday and plays them in the preseason opener Saturday. They return here for a couple days, then go to Orange County to practice with the Chargers. After that, there’s the team’s second preseason game against the Chargers at Sofi Stadium, and then back to Dallas. Here’s what we’ve got from the Cowboys’ road show. …

1. Micah Parsons has been, well, the best player here, and he thinks having a full offseason has allowed him to play a more disciplined game, with fewer little mistakes on the practice field. But you could’ve called that a month ago. The surprise at the position is probably Parsons’s fellow former first-rounder Leighton Vander Esch. The team declined his fifth-year option two offseasons ago, and brought him back this year on a one-year deal. He’s returned motivated and is showing better body control and bend at 6'4" and is taking on blocks more efficiently than he has in the past.

2. Sixth-year receiver Noah Brown has dropped weight and looks like a guy who’s learned to play the NFL game, particularly in his communication with the quarterbacks. And that really could matter early in the season, with receivers Michael Gallup (torn ACL last year) and James Washington (broken foot) still on the shelf.

3. Simi Fehoko might be part of that equation, too. He looks like he could grow into a real factor in the passing game in his second year out of Stanford. His improvement may mean we see Dallas in more two-tight-end sets, which would help the team manage the receiver injuries through September. And it might give the Cowboys some flexibility in how they approach Dalton Schultz’s contract situation after the season.

4. Defensive tackle Osa Odighizuwa is worth keeping an eye on. He was good as a rookie and looks ready to build off that year—he’s been smart, consistent, versatile and disruptive through the first two weeks of camp. And Chauncey Golston, a bigger defensive end, gives Dallas defensive coordinator Dan Quinn a second Year 2 player up front who’s trending up.

5. There are still some things to work out along the offensive line, and the primary one may be who starts at left guard. Connor McGovern and first-rounder Tyler Smith are fighting for snaps at that spot. And then there’s the question of whether or not the Cowboys can keep their older stars in the group healthy and playing.

dbair1967 said:
Simi Fehoko might be part of that equation, too.
Keep reading...

I think we have a pretty good stable of CB's so to hear he is performing well against our own guys is at least somewhat positive, but yeah I'm like you. I want to see it in real game situations.

With Gallup and Washington out he's going to get plenty of snaps in these 3 preseason games, so we'll get a better idea of where he is then.

Once Randy Gregory figured out "joint" didn't mean what he thought, he decided to sit out.

Kicking our ass two years in a row. Good going, Mike.
You must log in or register to reply here.
Top Bottom
We've logged