10 truths from Cowboys’ loss: Dallas needs a new kicker; its inability to create turnovers is a joke 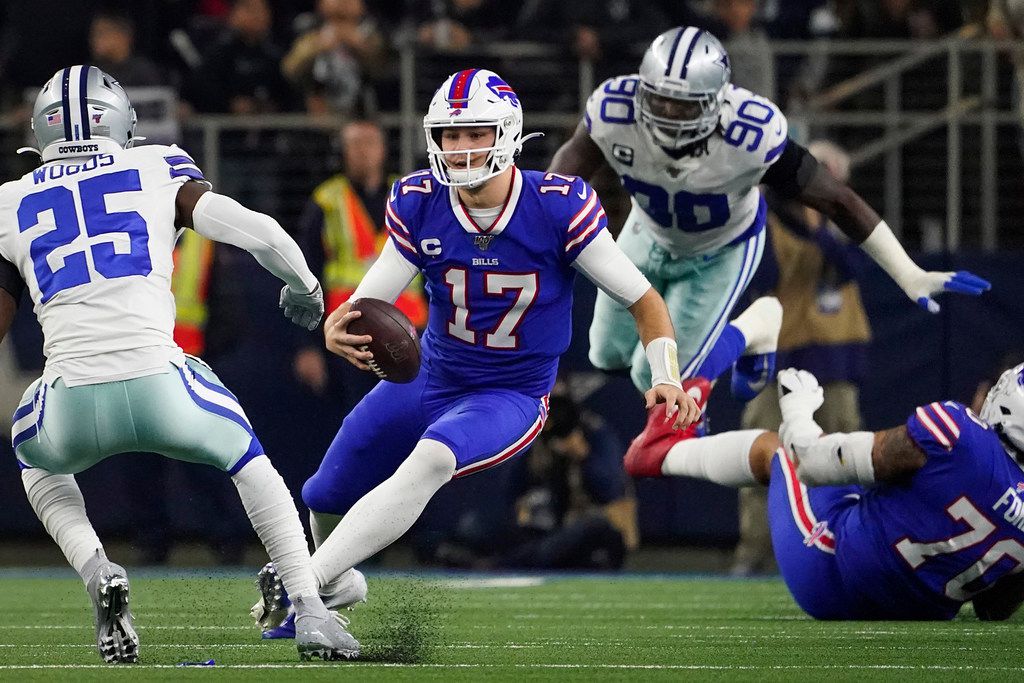 Here are 10 truths from the Cowboys’ 26-15 loss to the Buffalo Bills on Thanksgiving Day at AT&T Stadium...

1. Owner Jerry Jones had tears in his eyes as he met with the media, an indication of his frustration after an embarrassing national-TV loss to Buffalo on Thanksgiving Day. Loud yelling could be heard coming from Michael Bennett before the doors to the locker room were closed. Coach Jason Garrett? He spoke in the same monotone we hear each and every week, whether the Cowboys win or lose. He no longer inspires this team, and he can’t figure out how to get it to consistently execute. He doesn’t give the Cowboys a schematic advantage and his game-management skills are questionable.

2. These Cowboys have no tangible answers. All they have is hope. Dak Prescott can’t tell you why he thinks the Cowboys will win their last four games and make the playoffs, he just insists they will. Jones says he looks at the roster and hopes it will play better. With six losses in their last nine games and no wins against teams with a winning record, all the Cowboys have is hope. No evidence suggests they can turn their season around.

3. Brett Maher needs to be replaced. He’s completely unreliable. He had a 35-yard field goal deflected on the final play of the first half, and he missed a 47-yarder in the third quarter. Who cares if he can make it from 60 yards if he can’t hit from 37? Those missed field goals affected the Cowboys’ strategy in the fourth quarter.

4. Garrett went for it on fourth-and-1 from his own 19 in the second quarter. Who is this guy? When has Mr. Conservative ever been that bold? Well, Dallas converted the play on a quarterback sneak, but the drive fizzled. Still, the conversation attempt makes you wonder why Garrett changed his approach. Was it the pressure to win? Was it pressure from Jones? Something changed him. Whether he’ll ever explain it is another question.

5. The drive at the end the first half didn’t make a whole lot of sense. First, the Cowboys ended the half with a timeout, an indication they mismanaged the clock along the way. The same coach who went for it from his own 19 early in the second quarter didn’t even take a shot at the end zone on any of the final three plays from scrimmage. On third down, Prescott throws a short pass to Jason Witten, setting up a 35-yard field goal attempt. Then Maher missed it, and the Bills led 13-7 at halftime.

6. Buffalo quarterback Josh Allen fumbled a snap, stole it from defensive tackle Christian Covington and then lunged for a first down. That’s determination. And effort. And desire. On the next play, the Bills perfectly executed a wide receiver trick-play pass for a touchdown and a 13-7 lead.

7. There’s no question Randall Cobb has had a better season than Cole Beasley, but there’s no question Beasley had a better game than Cobb. Beasley, who averages 10.7 per catch, had three for 73 yards and a touchdown in the first half. Cobb didn’t even get a target. Beasley, no doubt, will get a game ball after catching six passes for 110 yards and a touchdown while Cobb finished with three catches for 53 yards and little impact.

8. The Cowboys’ inability to create turnovers is a joke. They have gone 16 quarters and 255 plays since their last turnover. Buffalo forced two turnovers Thursday. Every coach -- the level doesn’t matter -- will tell you winning the turnover battle is the single biggest factor in winning football games.

9. How does Ezekiel Elliott have eight carries for 56 yards in the first quarter and finish with 12 for 71? He had runs of 12, 13 and 30 and the Cowboys didn’t give him a chance to run the ball in the second half before they had to abandon the run game because of the score.

10. Prescott threw for 355 yards with two touchdowns and an interception, but there were a lot of empty yards. He was sacked four times and lost a fumble. He also missed badly on a pass to Elliott in the flat on fourth down from the Buffalo 6 at the end of the third quarter. It was as poor a pass as he’s thrown that late in a game.
K

One big truth: Right now, this team has no direction, no unified goal, no vision, no accountability, no collective courage, no leadership,

kwcoolk619 said:
One big truth: Right now, this team has no direction, no unified goal, no vision, no accountability, no collective courage, no leadership,
Click to expand...

And no core philosophy at the top. Been the problem all along.
K

Doomsday said:
And no core philosophy at the top. Been the problem all along.
Click to expand...

Yes. A double Yes. If we said that in the CZ forum, we'll get argued down by the Garrett/Jones apologists.

dallas not signing any new kickers


"they did a good job for us, but we're sticking w/ maher" --garrett

new coach? no. new kicker? no. no team doubles down on failure quite like Dallas.


"they did a good job for us, but we're sticking w/ maher" --garrett
Click to expand...

they're such a joke, they obviously do things just to appease fan complaints

why dont they just drop the coach altogether and create a website where fan votes determine every decision in real time, that would at least be fun to watch

yimyammer said:
they're such a joke, they obviously do things just to appease fan complaints

why dont they just drop the coach altogether and create a website where fan votes determine every decision in real time, that would at least be fun to watch
Click to expand...

Still better than Garrett, TBH.
You must log in or register to reply here.