Dodger12 said:
Meanwhile, back on the campaign trail, you've got this Buttigieg character telling folks that making people work in prison is akin to slavery. Fucking dolt. His city is one of the most dangerous cities in America and the crime rates have gone up each year he's been mayor. Cities like Seattle and South Bend shouldn't be surprised at the violence. They excuse it and blame everyone and everything else but those most responsible for their actions.
Click to expand...

God damn it, this mentality pisses me off. The damn prisons should be close to self sustaining by requiring inmates to work to maintain it, make repairs, teach classes, grow food, etc. They could develop a skill in the process they might be able to get paid for upon their release. Watching these 60 days in shows where people are just shoved in a concrete enclosure and made to sit around all day until feeding time and the occasional outside phone call seems absurd to me.

Prisons could be linked where one can graduate out of the worst to the best to give incentives for better behavior. Human beings need some level of hope imo or we wither and die or lose all sense of restraint and have no reason not to continue reeking havoc at every opportunity. Regardless of how horrific their crimes where, it doesnt do society any good to have these people in worse shape when released.

Not an easy problem to solve, only made worse by politics imo

SEATTLE - Seattle city leaders felt the heat on Tuesday as residents held their feet to the fire over downtown crime. The recent shooting at 3rd Avenue and Pine Street that left one person dead and seven injured opened a floodgate of frustration at the City Council's safety committee meeting... On Monday, City Councilmember Andrew Lewis called for the city to take that step, and on Tuesday, Police Chief Carmen Best said it may happen, though discussions are ongoing and no site has been selected.

Prosecutors charged two men with first-degree murder in a downtown Seattle shooting last month that killed one person and injured seven others.

Owner of McDonald’s at 3rd and Pine donating $20,000 to shooting survivors

The owner-operator of the downtown Seattle McDonald's where eight people were shot and one was killed is donating $20,000 to the seven surviving victims: each victim will get a check for $2,857.

Girlfriend of the suspects got arrested as well for helping them escape to LasVegas. 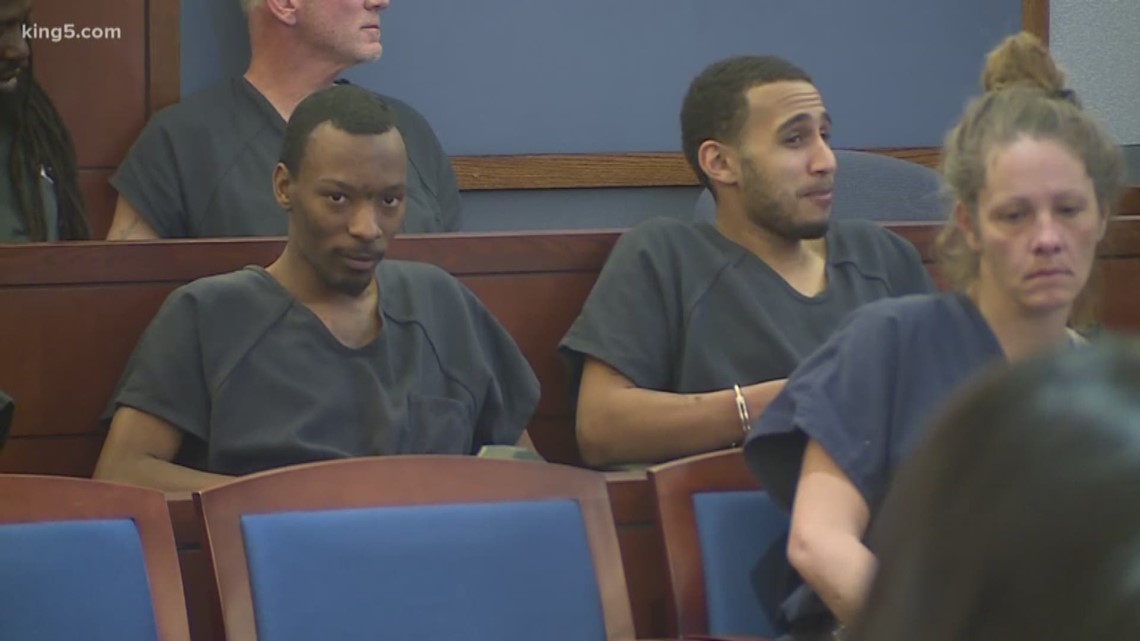 Daaoshara Galbert has been charged with rendering criminal assistance for allegedly helping her boyfriend, Marquise Tolbert, and William Toliver leave the state.

SEATTLE -- The girlfriend of one of the two men accused in a deadly downtown Seattle shooting is now charged with a crime as well, according to prosecutors. Marquise Tolbert and William Toliver, both 24, were arrested leaving a hotel near the Las Vegas Strip and appeared in court last week...

Two men accused of instigating a downtown Seattle gunfight in January were extradited from Nevada and booked into King County Jail on Wednesday.

q13fox.com
You must log in or register to reply here.