Kosovo Pauses Issuing Documents To Serbs As Barricades Come Down

Kosovar authorities said early on August 1 that they had agreed to delay implementation of two regulations regarding automobile license plates and travel documents for visitors from Serbia after consultations with U.S. and European Union representatives.

The dispute over vehicles erupted in September 2021 after Kosovar authorities ordered all drivers entering Kosovo from Serbia to use temporary, 60-day, printed license plates in response to measures in Serbia against drivers from Kosovo that have been in place since 2008, when the country declared independence from Belgrade.

At that time, Serbs from northern Kosovo blocked the Jarinje and Brnjak crossings with vehicles and makeshift barricades, while Kosovo's government sent in police units and Serbian military jets and helicopters buzzed the border in a show of force.

Serbia does not recognize Kosovo’s independence nor its right to impose rules and regulations such as registering cars and trucks.

Most EU countries recognize Kosovo, though Russia and China, allies of Serbia, do not.

The EU has tried to broker a dialogue between the two Balkans neighbors for over a decade, but so far the efforts have failed to achieve a normalization of ties.

Prime Minister Albin Kurti has said Kosovo will formally apply to become a member of the European Union by the end of 2022 despite concerns over tensions with Serbia, also an EU aspirant

Serbia’s president called on NATO on Sunday to “do their job” in Kosovo or he says Serbia itself will move to protect its minority in the breakaway province.

The fiery televised address to his nation by President Aleksandar Vucic followed the collapse of political talks between Serbian and Kosovo leaders earlier this week mediated by the European Union in Brussels.

Serbia, along with its allies Russia and China, has refused to recognize Kosovo’s 2008 declaration of independence. A NATO-led intervention in 1999 ended the war between Serbian forces and separatists in Kosovo and stopped Belgrade’s bloody crackdown against Kosovo’s majority Albanians. 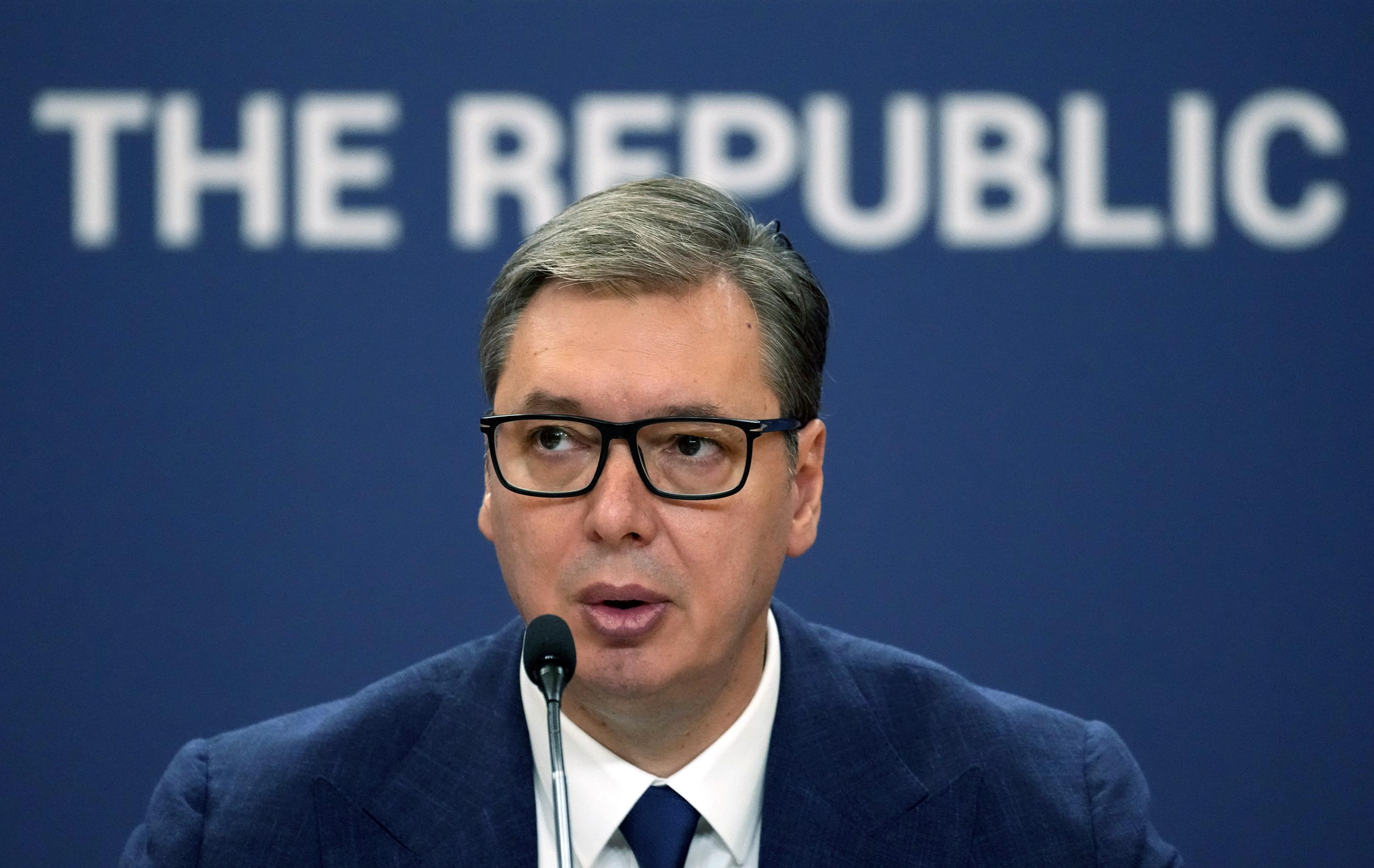 Serbia warns it will protect Kosovo Serbs if NATO doesn't

BELGRADE, Serbia (AP) — Serbia’s president called on NATO on Sunday to “do their job” in Kosovo or he says Serbia itself will move to protect its minority in the breakaway province. The fiery televised address to his nation by President Aleksandar Vucic followed the collapse of political talks... 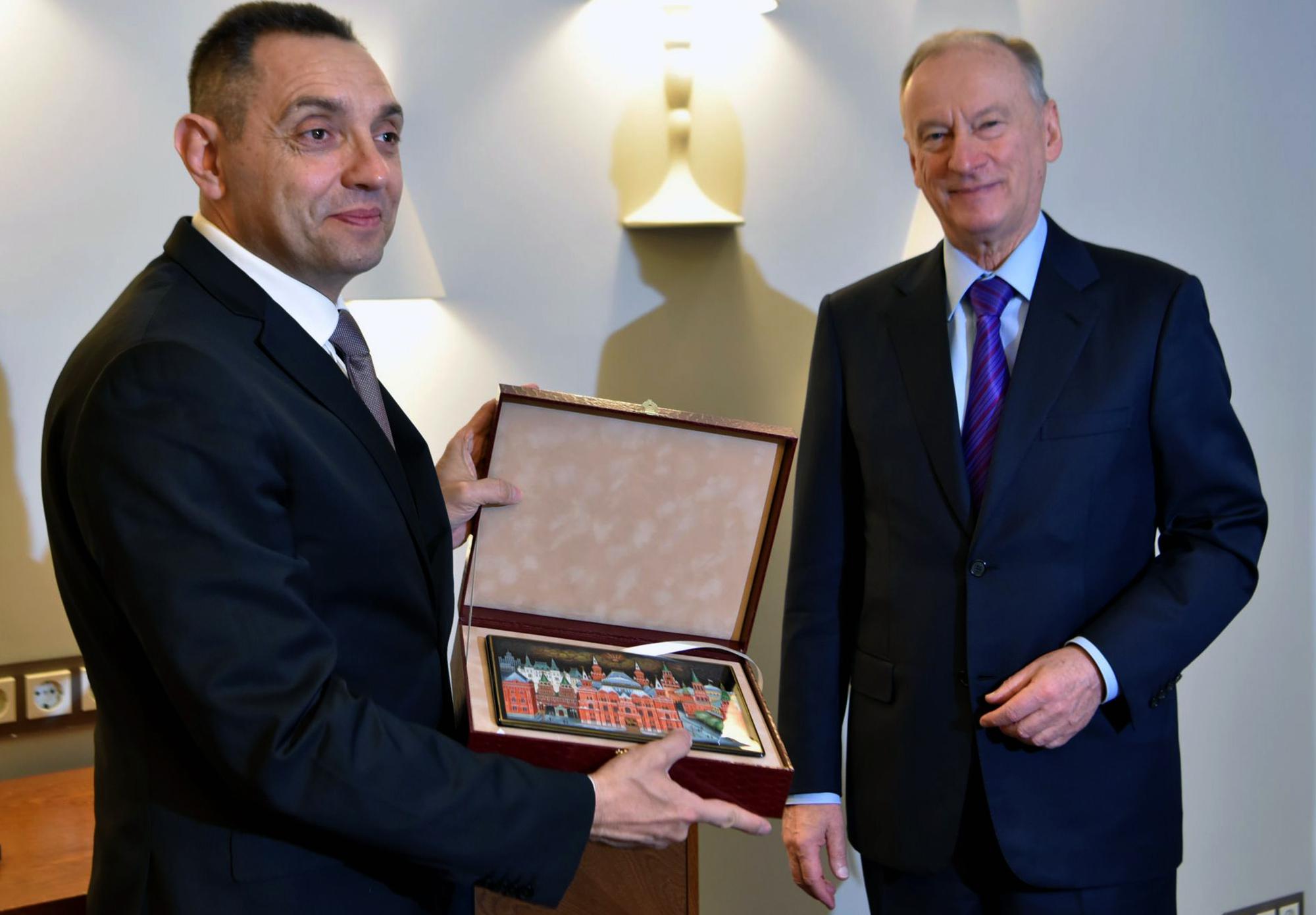 BELGRADE, Serbia (AP) — Serbia and Russia pledged Friday to combat popular revolts known as “color revolutions” that the countries' top security officials described as instruments of the West to destabilize “free states,” according to a statement issued by Serbia’s interior minister. 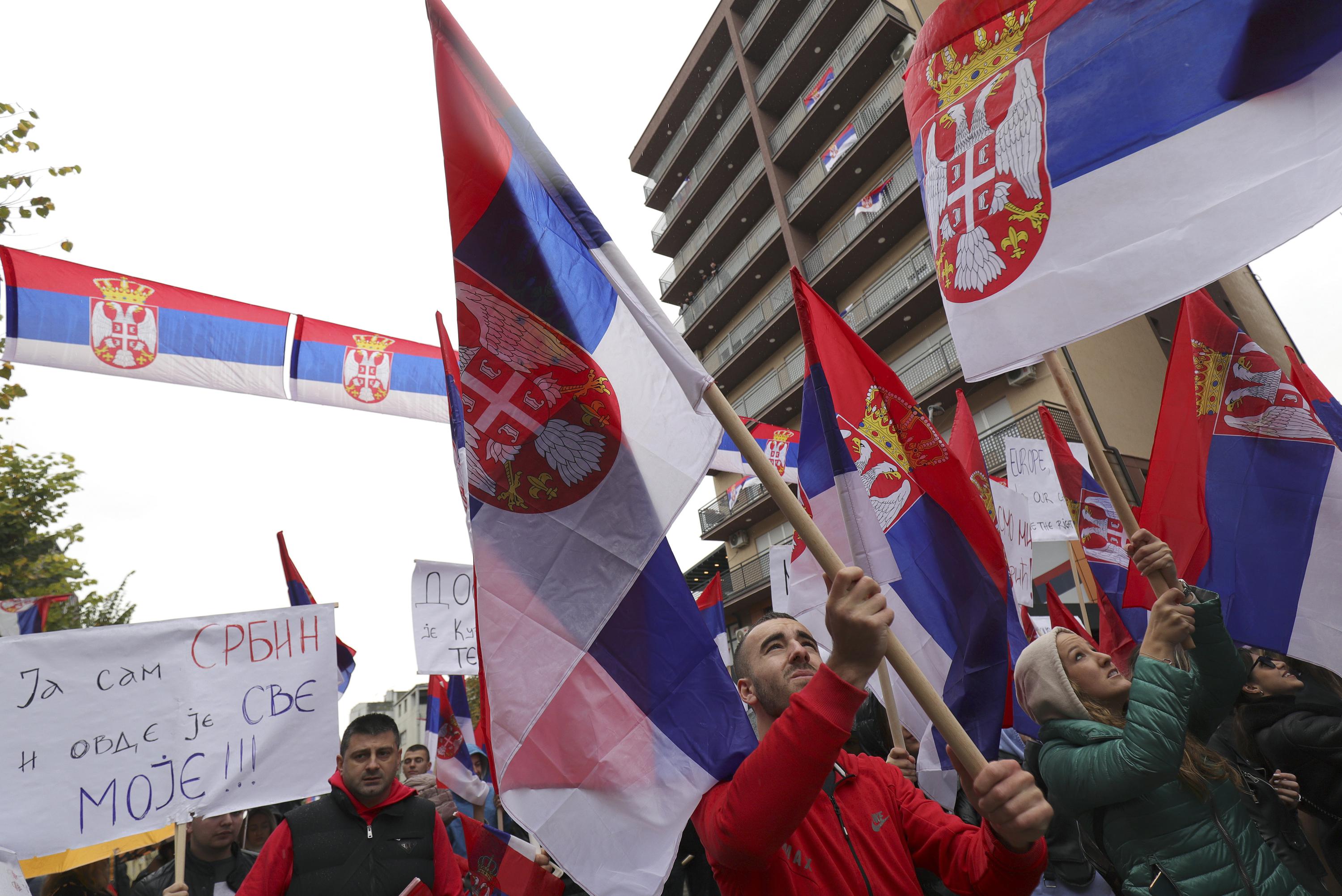 EU fails to defuse tense situation between Serbia and Kosovo

BRUSSELS (AP) — The European Union's top diplomat held eight hours of fruitless talks Monday with the leaders of Serbia and Kosovo and blamed them for their failure to settle a dispute over vehicle license plate.