Helicopters in the background.

You can look at the slant and the tone of this ABC News article on the Rittenhouse acquittal, to see where the mainstream media will be going tonight. They are playing to their base. 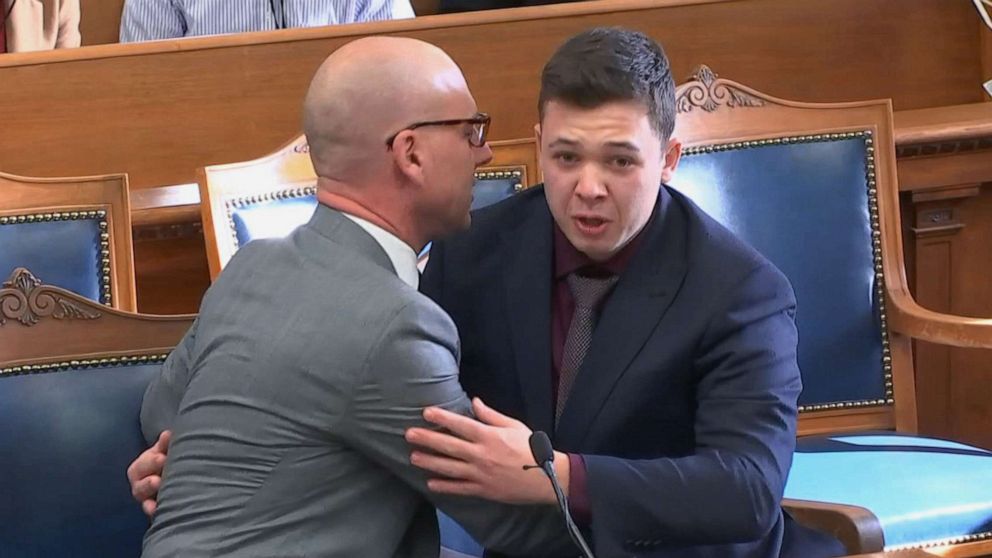 Kyle Rittenhouse acquitted on all charges

A jury has reached a verdict in the homicide case against Kyle Rittenhouse, a teenager who claimed he shot three men, two fatally, in self-defense during a 2020 protest. 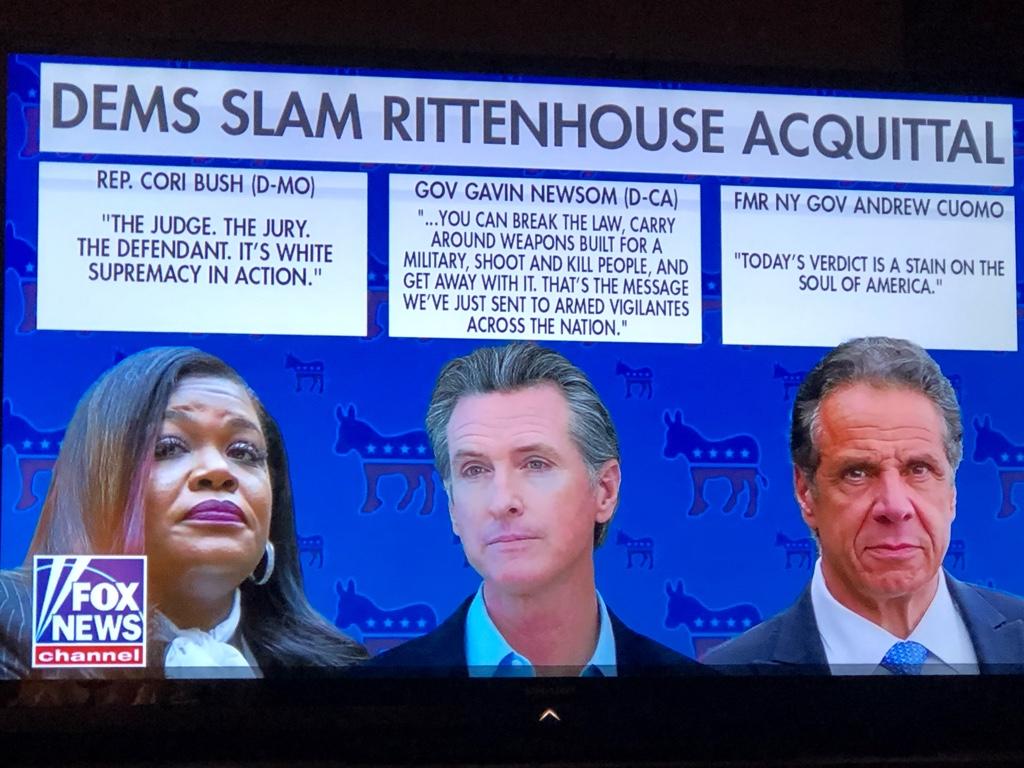 I have been reading some of the stuff Democrats are saying about this verdict and it is despicable. First, they clearly do not know the facts of the case. Shockingly (NOT!), Twitter is not removing their posts or labeling them as "disinformation" even though the posts are factually incorrect, and incendiary.

First, this case has nothing to do with race. Second, to Gavin Newsome's point, yes, in some states it is perfectly legal to carry a weapon, but it is not legal to just shoot people, as one of the men shot by Kyle tried to do with his Glock pistol. These people are dangerous liars and zealots. This case never should have come to trial and it should have been dismissed before it got started. The facts are simple, Kyle Rittenhouse was fleeing from aggressors. He ran away and headed for the police to turn himself in. He was attacked, knocked to the ground and assaulted. Only then did he fire his weapon. This meets every legal definition of self-defense.

It is bizarre that these same people lying about Rittenhouse are ignoring the Antifa thugs who were carrying handguns and used them before Kyle did. Kyle showed more restraint that could be expected from anyone. The verdict was legally correct and just. Democrats fanning the fires of violence with lies are irresponsible. And btw, remember, Trump was impeached for inciting violence and he never said anything as incendiary as these clowns.

Get tired of seeing these 3 bitches !!

All three of them.

The other does it to further her agenda !!

I got a little carried away on this last night.

It was a Knob Creek evening

I apologize if I offended anyone.

You be you, the good thing about this place is no one gaf and aren’t thin skinned (except dbair) and almost no censorship

Spend several days talking about how this is another example of racism and white supremacy, but ignore the verdict the same day where a black man was acquitted for exactly same reasons Rittenhouse was.

Spend several days talking about how this is another example of racism and white supremacy, but ignore the verdict the same day where a black man was acquitted for exactly same reasons Rittenhouse was.
Keep reading...

The astonishing thing to me is how liberals are not the least bit embarrassed by their demonstrations of ignorance of the case and the law. Even member of congress are spewing blatantly false statements. Liberals have no shame I guess.

This case was always a simple open and shut case. It was always about self-defense. Why Kyle was there, why he was carrying a gun, and all the other noise the left has thrown around this case is irrelevant. It all boiled down to a few simple facts. Kyle Rittenhouse was being chased by multiple men who displayed an intent to harm him. Armed or not that already constitutes a self-defense argument. The fact that one hit him with a skateboard and another pulled a hand gun on him only solidifies the self-defense argument. Even in my liberal state of NJ where there is a requirement to retreat, Kyle had a legal claim of self-defense. He ran from the aggressors, even attempted to turn himself into police. He could have turned and fired his weapon at any point and shot those chasing him. He didn't.

The jury got this case correct. Democrats are simply lying to ignite a fire and divide the country even further. Amazingly, they are doing this while investigating Trump over the Jan 6 protest.

Creeper said:
The jury got this case correct. Democrats are simply lying to ignite a fire and divide the country even further. Amazingly, they are doing this while investigating Trump over the Jan 6 protest.
Keep reading...

The sad thing is libtards and the Communists in charge are now going to do whatever they possibly can to make that jury's life a living hell.

Wont's surprise me in the least if we start hearing stories about IRS audits (both personal and business), massive intrusion into any and all electronic devices they have, puzzling increases in property taxes etc etc etc

These people are COMPLETELY off their rockers.

DC4LIF said:
It was a Knob Creek evening
Keep reading...

Free Book offer today only from The Law of Self Defense website. Andrew Branca was a guest on the Tim Pool podcast tonight.

Kevin Nishita, a father of two and grandfather of three, was shot and killed while protecting a TV crew covering the surge of smash-and-grab crimes in the Bay Area.