Cowboys' defense has been average and their secondary is brutal 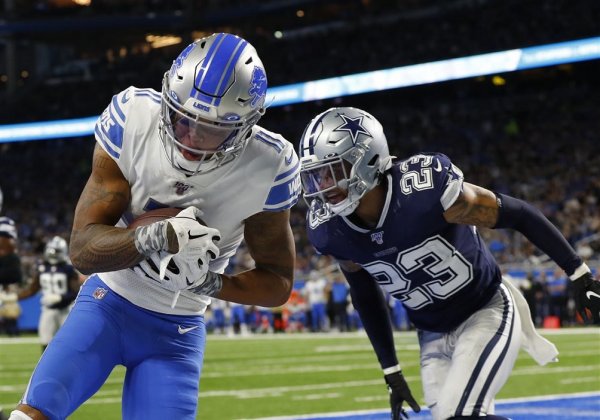 The Dallas Cowboys have intercepted four passes this season.

That’s four as in that can’t be right.

Pittsburgh safety Minkah Fitzpatrick, a player the Cowboys briefly considered trading for earlier this season when he was with Miami, has five interceptions himself.

The Cowboys are 6-4 in spite of their minus-1 turnover differential. Their four interceptions are tied for the fourth fewest in the NFL.

The Cowboys defense is impressively average. They give up just under 20 points per game, good for 23rd “best” in the NFL. There is no more glaring problem than a secondary that simply does not make plays.

Cowboys defensive coordinator Kris Richard likes to talk about “ball skills” among defensive backs, and the crew he’s working with needs to improve in this area.

Preferably today. The Cowboys’ next opponent is Tom Brady and the New England Patriots.

Grading a defensive back can be difficult because sometimes he can be good without any numbers to support the argument. The Cowboys defensive backs need a few more numbers.

Cornerback Byron Jones is playing in a contract year, but he has not had the type of impact in 2019 as he did in 2018 when he was regarded as one of the best at his position. He has been credited with four pass breakups.

Chido Awuzie has been just as big of a disappointment. The former second round pick seems to have regressed after a strong beginning. His lone interception came in the Week 4 loss against Teddy Bridgewater in New Orleans.

Jourdan Lewis looked like he could be a player early on, but he’s gone flat in the last few weeks.

The safety play remains the same problem as it has been for nearly a decade.

In the Cowboys’ 35-27 win against the Detroit Lions on Sunday, the team played without veteran starter Jeff Heath, who was inactive due to injury. The difference was hard to miss.

We are not talking about missing one of the best safeties in the game, either. Rookie Donovan Thompson struggled to replace Heath.

Safety Xavier Woods at times looks like he could be a player, or just another in a long line of mid- to late-round draft picks the Cowboys have spent on the position only to discover they didn’t get a bargain.

The Lions were the ideal opponent for the Cowboys’ secondary to get fat and register the numbers they lack.

The Lions didn’t start veteran Pro Bowler Matt Stafford at quarterback, but backup Jeff Driskel, who actually kept the Lions in the game throughout.

He threw for 209 yards with two touchdowns and no interceptions. There were at least two passes that could have been intercepted.

It was the second consecutive week the Cowboys secondary was unable to throttle a quarterback who should have thrown a pick or two.

In the previous game, Minnesota quarterback Kirk Cousins had nearly the same line as Driskel. Cousins threw for 220 yards, two touchdowns and no interceptions.

The last QB the Cowboys picked off was New York Giants rookie Daniel Jones when Woods came up with his one pick of the season. That was Nov. 4.

The Cowboys lead the NFC East, mostly because their offense has carried the team and quarterback Dak Prescott.

The defense has not been terrible, but they have not made plays.

No unit has done less than a secondary that refuses to pick off a few more passes.

I wonder if Engel is persona non grata around Cowboys facilities, he's the only reporter I can think of who is consistently critical of the team
K

Thompson got abused TWICE by Driskill on the Lions' last drive. Hate to see what Brady does to him.

Should have made the move for Adam's, it's not like they have been nailing first rounders lately.

yimyammer said:
I wonder if Engel is persona non grata around Cowboys facilities, he's the only reporter I can think of who is consistently critical of the team
Click to expand...

Not sure. They kept Broaddus around until this week. He was a huge Garrett critic. Apparently he is with the Athletic now.

theoneandonly said:
Should have made the move for Adam's, it's not like they have been nailing first rounders lately.
Click to expand...

Adams was not worth multiple first rounders, or allpro RG Z Martin

On trade deadline day it was reported as low as a 1st and 3rd. They should have done that if that was the case. I d still like to see them try and pry Myles Garrett away from Cleveland.

theoneandonly said:
On trade deadline day it was reported as low as a 1st and 3rd. They should have done that if that was the case. I d still like to see them try and pry Myles Garrett away from Cleveland.
Click to expand...

After that day it was reported they wanted much more than that. Essentially the Jets never really wanted to trade him.

theoneandonly said:
On trade deadline day it was reported as low as a 1st and 3rd. They should have done that if that was the case. I d still like to see them try and pry Myles Garrett away from Cleveland.
Click to expand... 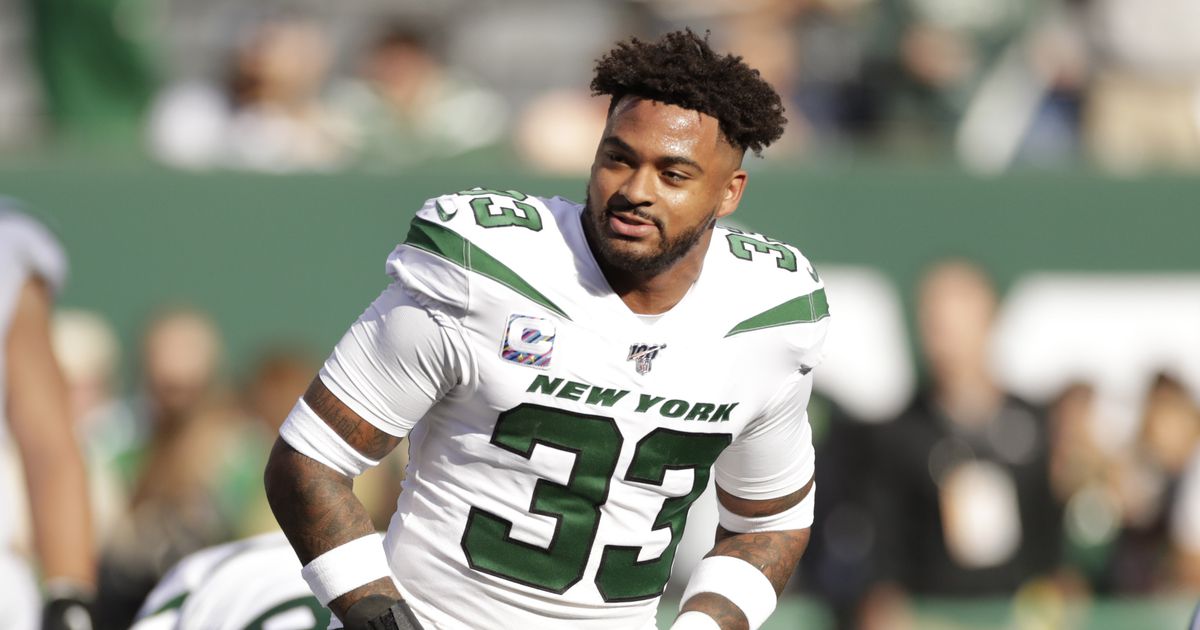 The Cowboys were willing to pay for Jamal Adams, the Jets just set the price too high

FRISCO —The Cowboys were willing to part with a first round pick for the second consecutive year in the hopes of pulling off a bold move for the stretch...
www.dallasnews.com 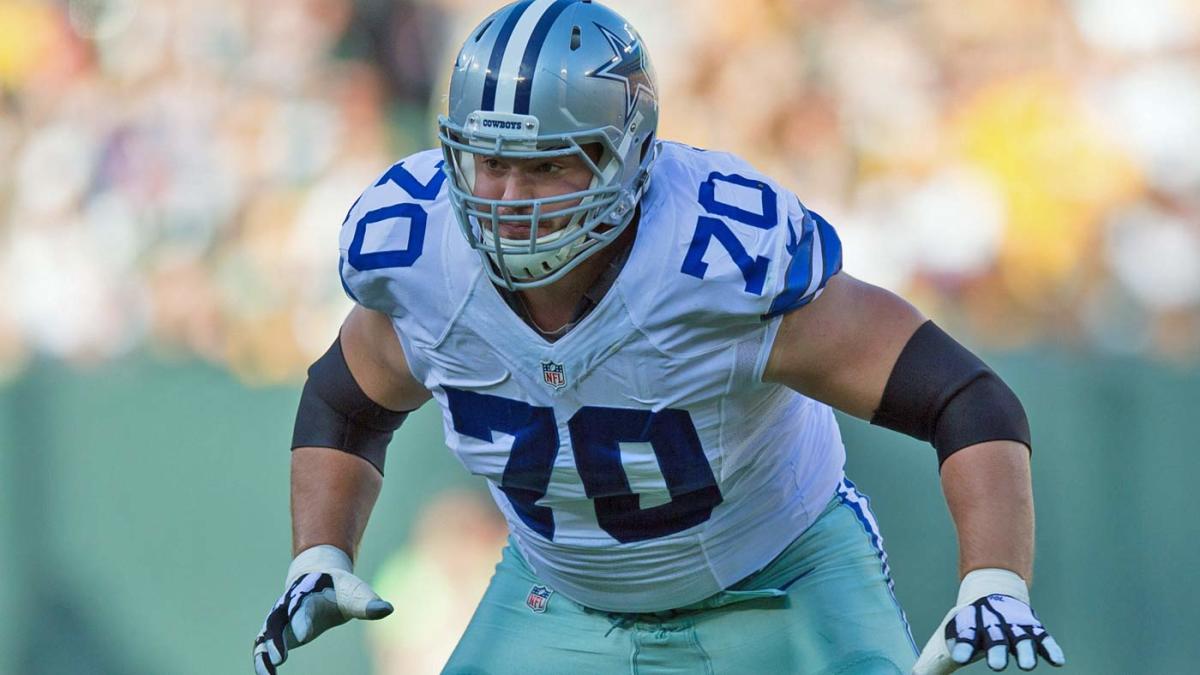 www.cbssports.com
You must log in or register to reply here.