All about Tom Landry GOAT 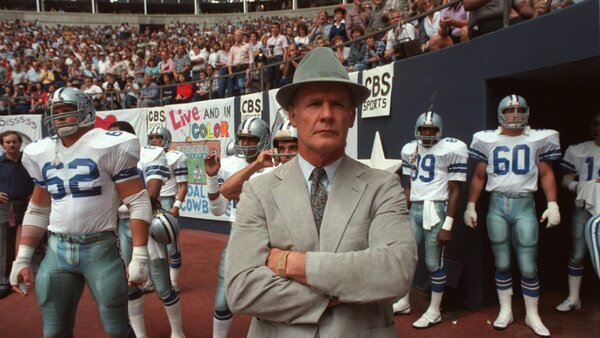 Dallas Cowboys coach Tom Landry waits at the tunnel entrance with the players before a game against the Tampa Bay Buccaneers.(David Woo / Landry Book)

Editor’s note: Mike McCarthy has been hired as Dallas’ next head coach. You can also take a look back in The Dallas Morning News Archives or in the Dallas Cowboys Collection.

Cowboys owner Jerry Jones has decided to change head coaches. After 9 1/2 seasons, Jason Garrett is out.

It’s the eighth coaching change for Jones. His history letting go of his head coaches can be traced through the Dallas Morning News archives, including his most famous — Tom Landry. 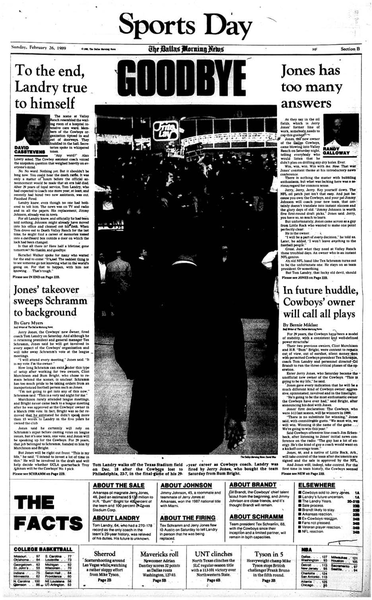 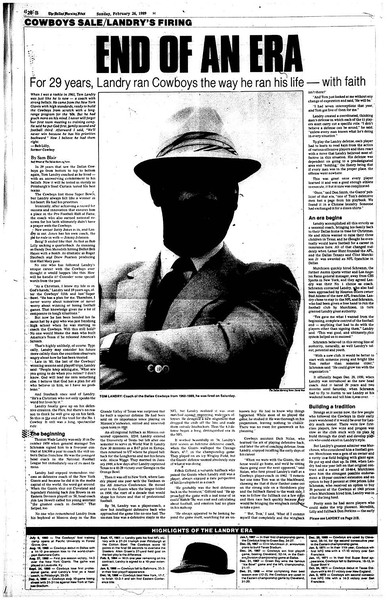 Or check out Meagan Hurley’s article Carter’s run, the Cowboys’ fall and the final Texxas Jam: Live 1988 again with our searchable archive, The Cowboys and JFK: How America viewed Dallas in 1983, or A look back at the Cowboys-Eagles rivalry in 1985. Will history repeat itself on Sunday?

To read this article, check out Feb. 26, 1989, or our specially curated Dallas Cowboys collection in our archives.
Hannah Evans, Researcher. Hannah has been with The Dallas Morning News' Research and Archvies Department since 2018. Her beat is all things fun in the history of Dallas.

https://www.dallasnews.com/news/fro...ones-saw-come-and-leave-before-jason-garrett/
You must log in or register to reply here.